So, there's this kid named Randy. He's awkward and a bit of a shut-in, but overall just your average 16-year-old boy. Except for one thing…Randy's dead. If that's not bad enough, Randy discovers he can't go to Heaven OR Hell! Randy scored a big zero on the morality scale, making him perfectly neutral. But the son of the devil himself, Lucifer, strikes Randy a deal: If Randy can commit 1000 good deeds before his 17th birthday, he can go to Heaven, but if he fails, he goes to Hell.

It seems simple enough, but when Lucifer accompanies Randy as his stand-in parental guardian, things get a little crazy. How can Randy possibly survive high school and accomplish 1000 good deeds with a meddling dad who's not only devilish but EMBARRASSING? 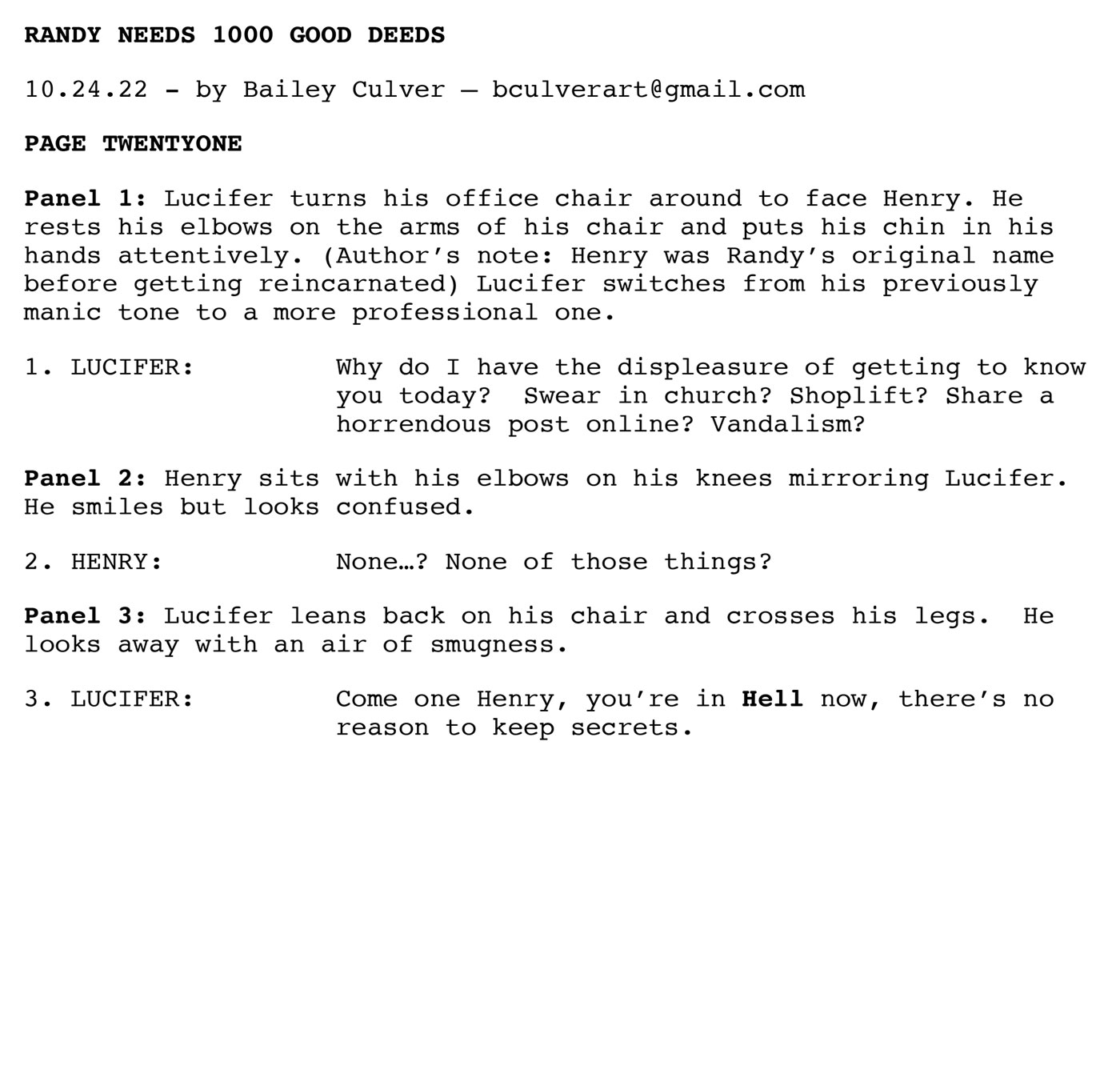 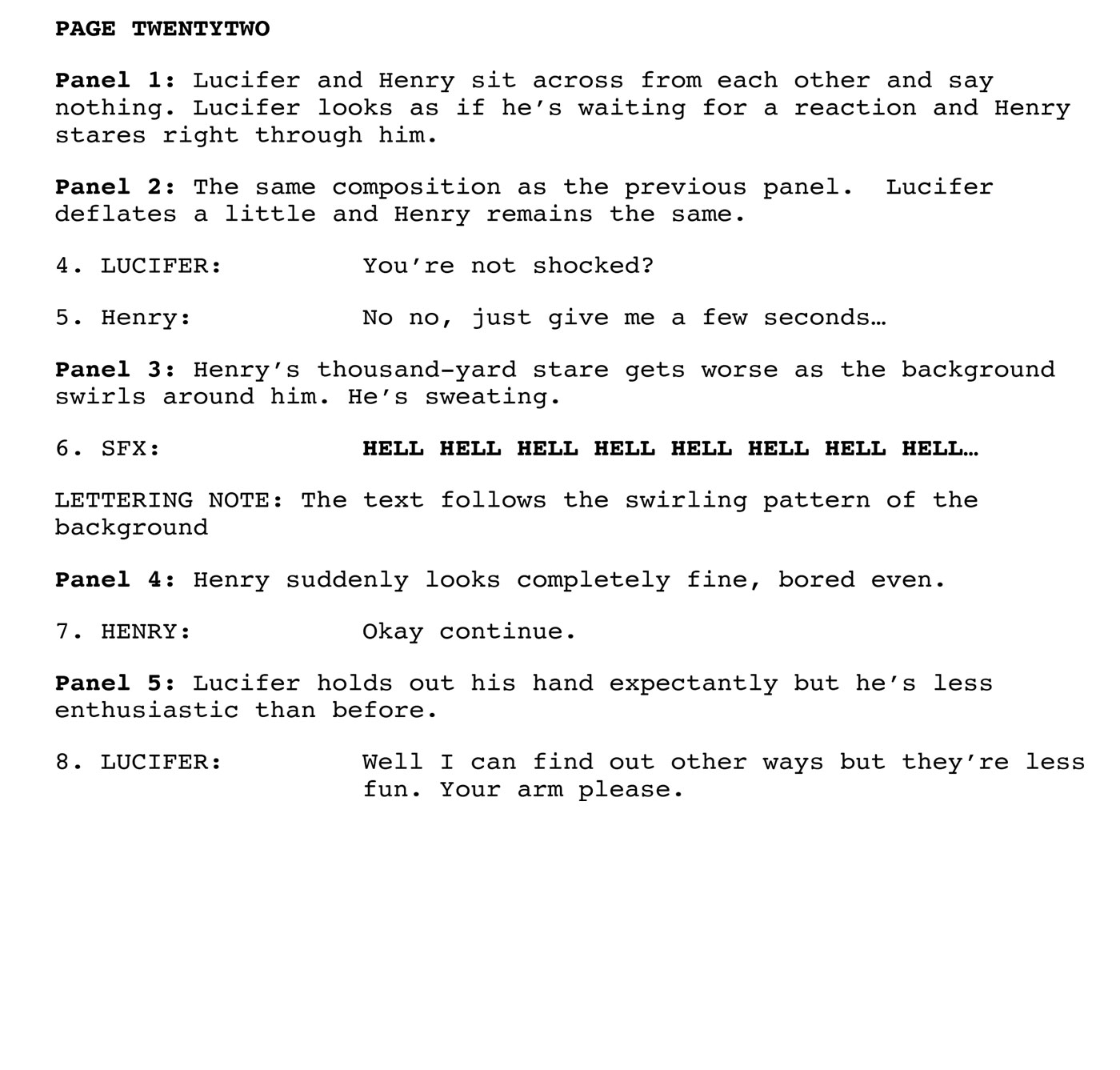 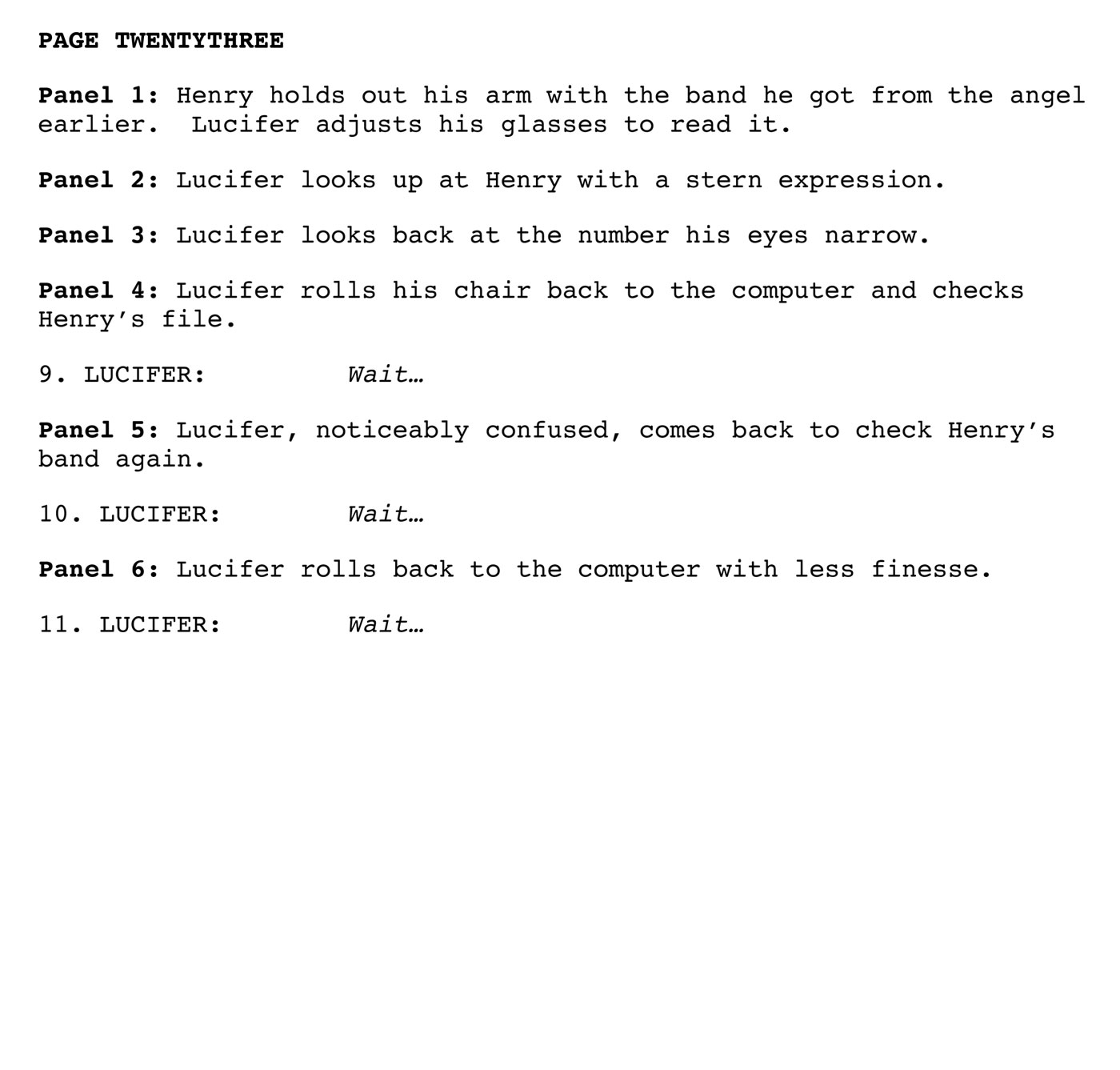 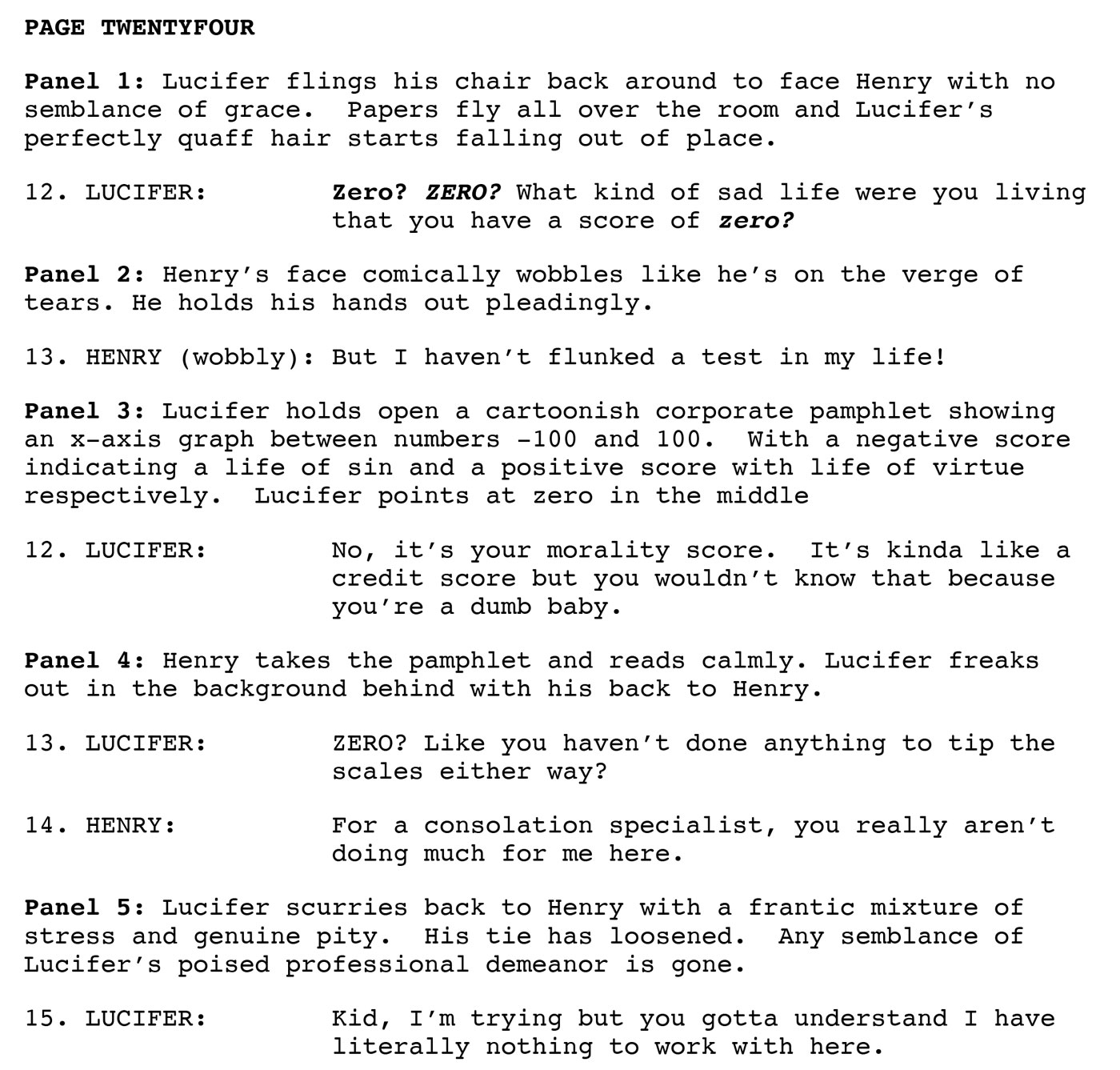 I accidentally conceptualized Randy Needs 1000 Good Deeds in an 11th grade creative writing assignment. What started as an edgy joke blossomed into a genuine story about self-discovery that has stuck with me for nearly a decade. I felt compelled to keep developing the story for outcast and overlooked kids who felt like their teen years were flying by with nothing to show for it.

Randy’s return to earth becomes not only his second chance to prove his morality but a second chance to become an active force in his life. He will make mistakes and get hurt, but he finally tries.

Howdy! My name is Bailey Culver. I’m a storyteller with a soft spot for misfits.

I create comics for teen and adult audiences. My young adult stories explore identity through a youth counter-cultural lens. I love creating lush Gothics with western or horror elements for mature audiences. In my illustration work, my favorite subjects are bugs, cowboys, 60s mod, and punks. But I honestly love everything strange and retro.