Mewton, a Persian cat, looks for mischief to alleviate boredom while (physicist) Mom is at work one day. She starts to knock things off counters and tables over wherever her frenemy-sibling Furmi, a golden retriever mix, is lying down to nap, pelting the poor dog with falling objects. Furmi accuses Mewton of being mean on purpose. Mewton plays innocent and claims it’s all gravity’s fault. Furmi says he doesn’t believe her and asks Mewton to explain gravity with demonstrations. Mewton smugly complies because she thinks she’s so smart, but it was actually Furmi’s plan to distract her. When Mom comes home, catching Mewton in the midst of the action and seeing broken items on the floor, she grounds Mewton. Furmi finally gets to nap in peace. 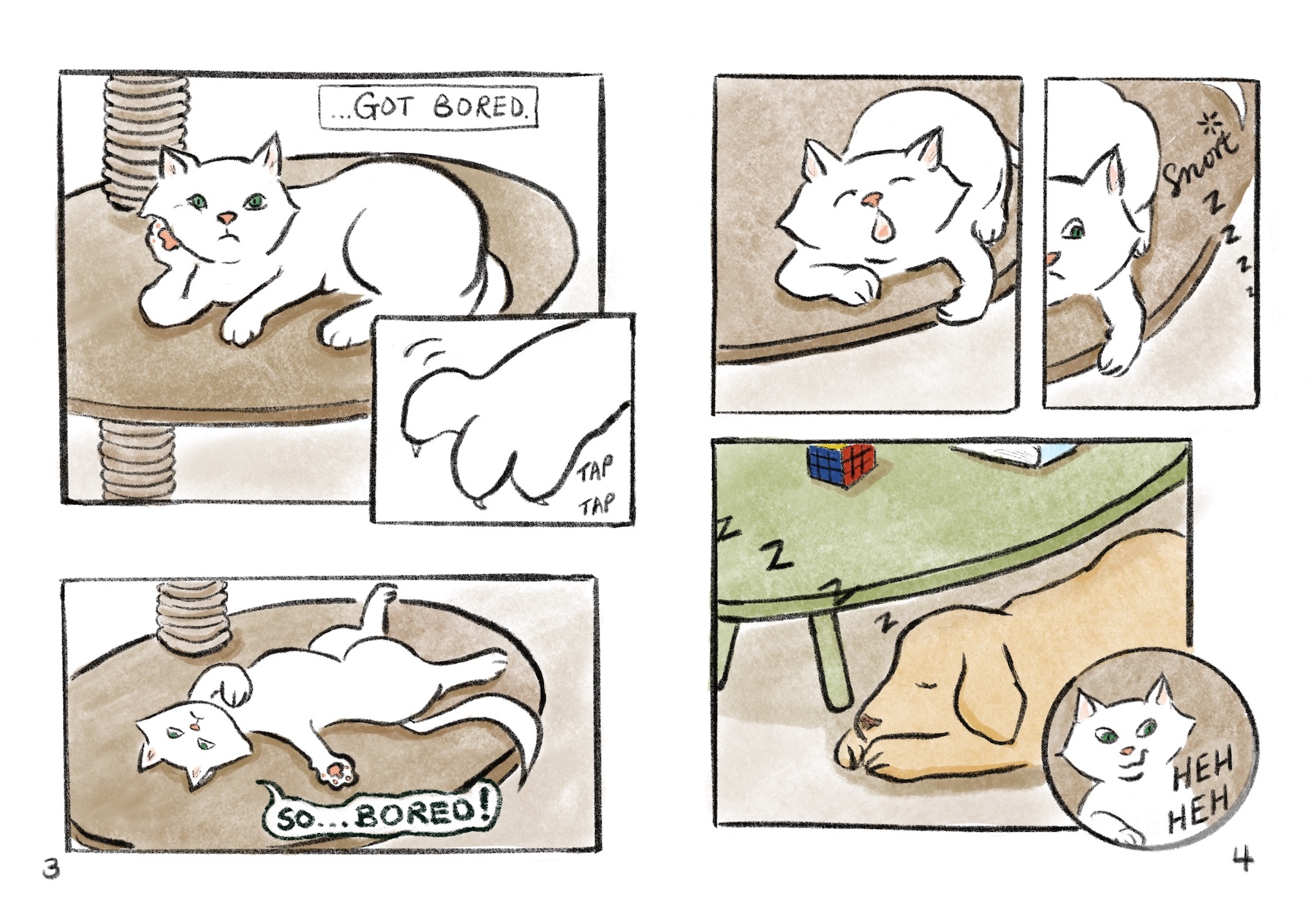 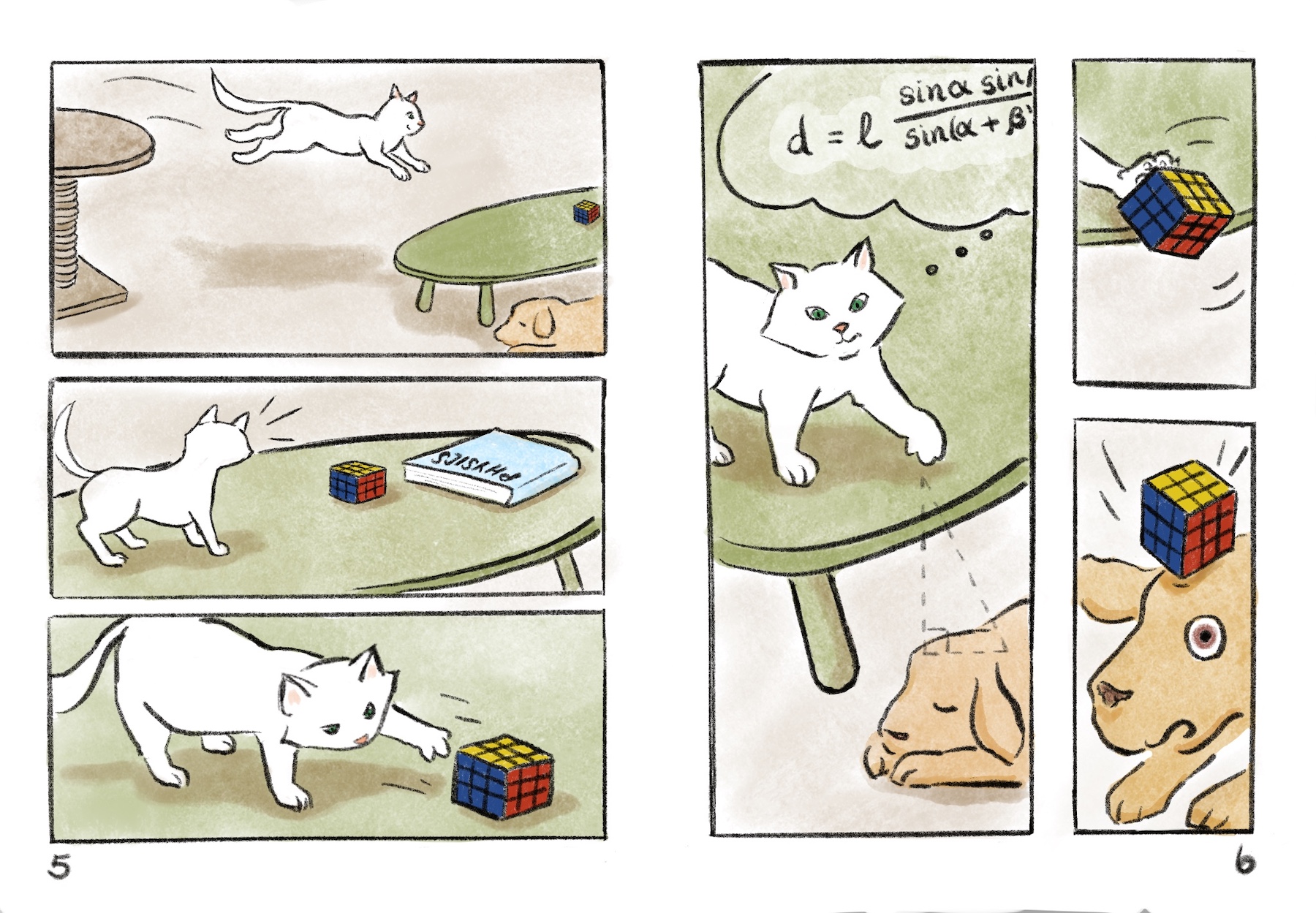 I’m eager to combine my fledgling illustrative skills with my established writing chops to produce a fun series of science-themed graphic novels starring relatable characters for the early elementary school crowd. Currently, there aren’t many options in the market between the BABY LOVES (SCIENCE) books and the SCIENCE COMICS published by First Second. For kids who’ve outgrown the former and aren’t yet ready for the latter, my proposed books can help bridge that gap. DEFYING GRAVITY would be the first volume in a series that explore physics principles. With a background in science and a passion for physics, I hope to share my enthusiasm for these topics with young readers and inspire them to enter into STEM fields.

Teresa Robeson is the APALA Picture Book Award-winning author of QUEEN OF PHYSICS. Her upcoming works include two biographical graphic novels with Penguin Workshop, WHO IS TIBET’S EXILED LEADER? THE 14TH DALAI LAMA (2023) and the other on Bruce Lee (2024), as well as two picture books, the informational fiction CLOUDS IN SPACE: THE NEBULA STORY with MIT Kids/Candlewick (2024) and CLEAR AND BRIGHT with Astra Young Readers (2024). She writes STEM and own-culture in fiction and nonfiction.