A Young woman, Naya lives in a village where everyone is afraid of the unknown. Except her and her missing father. She loves to explore and discover new things. No one else travels far from the settlements. Naya has a supernatural healing ability. She is far more talented than any healer before her. She heals a woman’s cancer. No one has ever been able to heal such illnesses before. A wizened, alien creature monitors activities in Naya’s village via hightech equipment. He is alerted of Naya’s actions and leaves for the village. Back on the planet, her Master tells her she has arranged a marriage for her! Naya panics. She doesn’t want to get married! She treasures her freedom. She decides to follow her father’s last journey and escape! 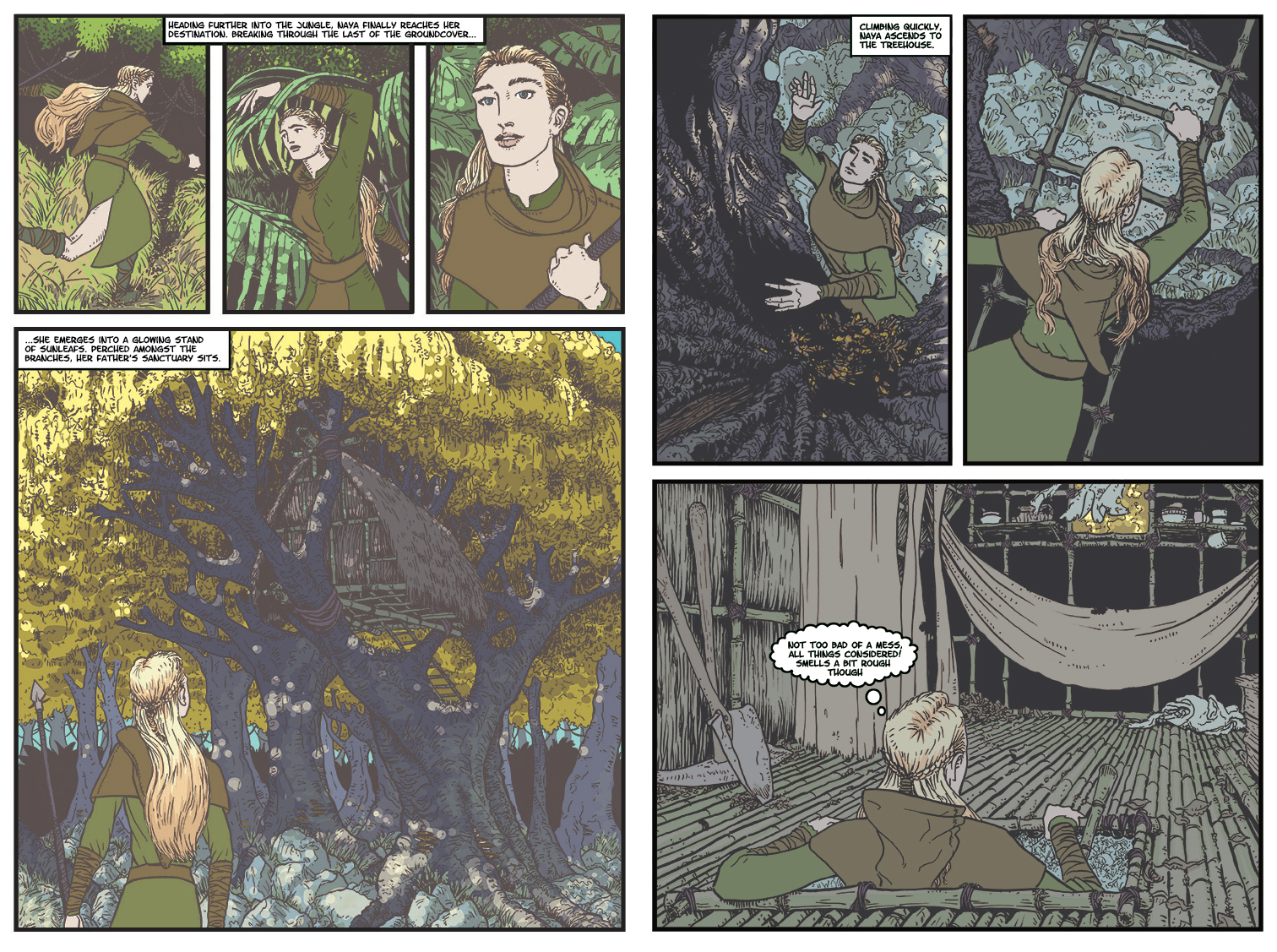 Vagrant Life is based on a random idea that the main character lives on a patchwork world. The idea initially sprang from themes of abandonment and alienation. I conceived of the main character first. Someone who was very talented and needed, but disliked and mistrusted. I wanted her to be independent, but missing a familial bond. Her refusal to admit the loss of her father was almost necessary to her ability to resist what she saw as the mass hysteria gripping her people. They were the crazy ones. Not her. Once I had that dynamic, I found other characters, who could justify(or vilify) her wanderlust, and finally give her support and recognition of normality. Now I needed a reason for her to run: She would lose her freedom.

I’m a lifelong artist and creative and have been devouring comics for as long as I’ve been reading. I've been working on and off in my comic interests as a hobby since I was a kid and I'm ready to take it seriously and move forward. I studied art in college and I currently have a "day job" I'd love to leave behind. I fill in with other creative outlets as I can. I love oil and watercolor painting, sculpture, and building things at home. I have 2 boys, 17 and 13; and 2 dogs, so it's a busy house!