After two young kids find part of a magical engine buried in an old tin near their school, they are catapulted into a strange world of magical machines, faceless men in bowler-hats and powerful city guilds. When an evil industrialist sees potential in the device the kids have uncovered, he will stop at nothing to take it from them but with the help of the device’s original creators, the mysterious Mechanician’s Guild and several sheep, Blake and Harry might just be able to stop him. 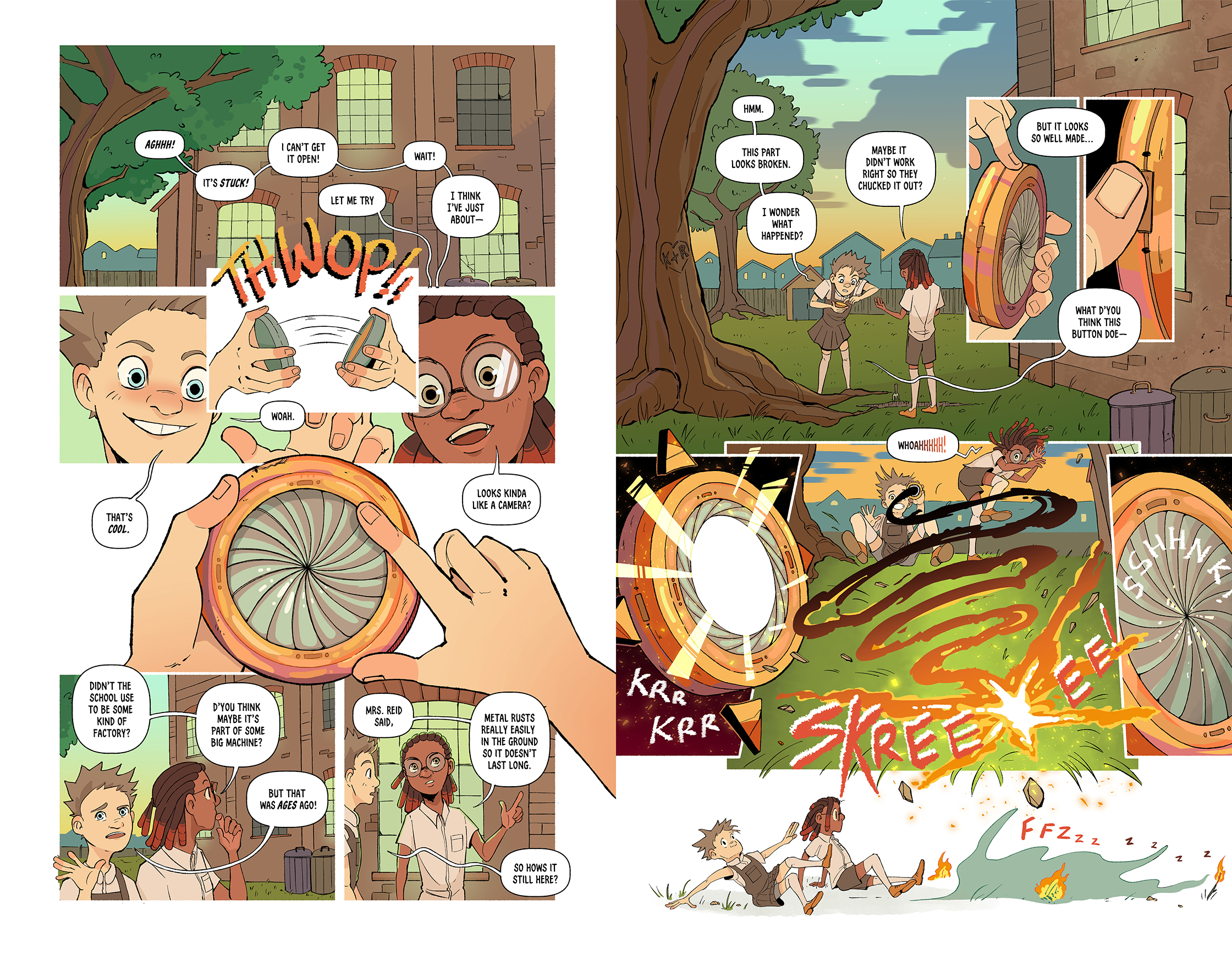 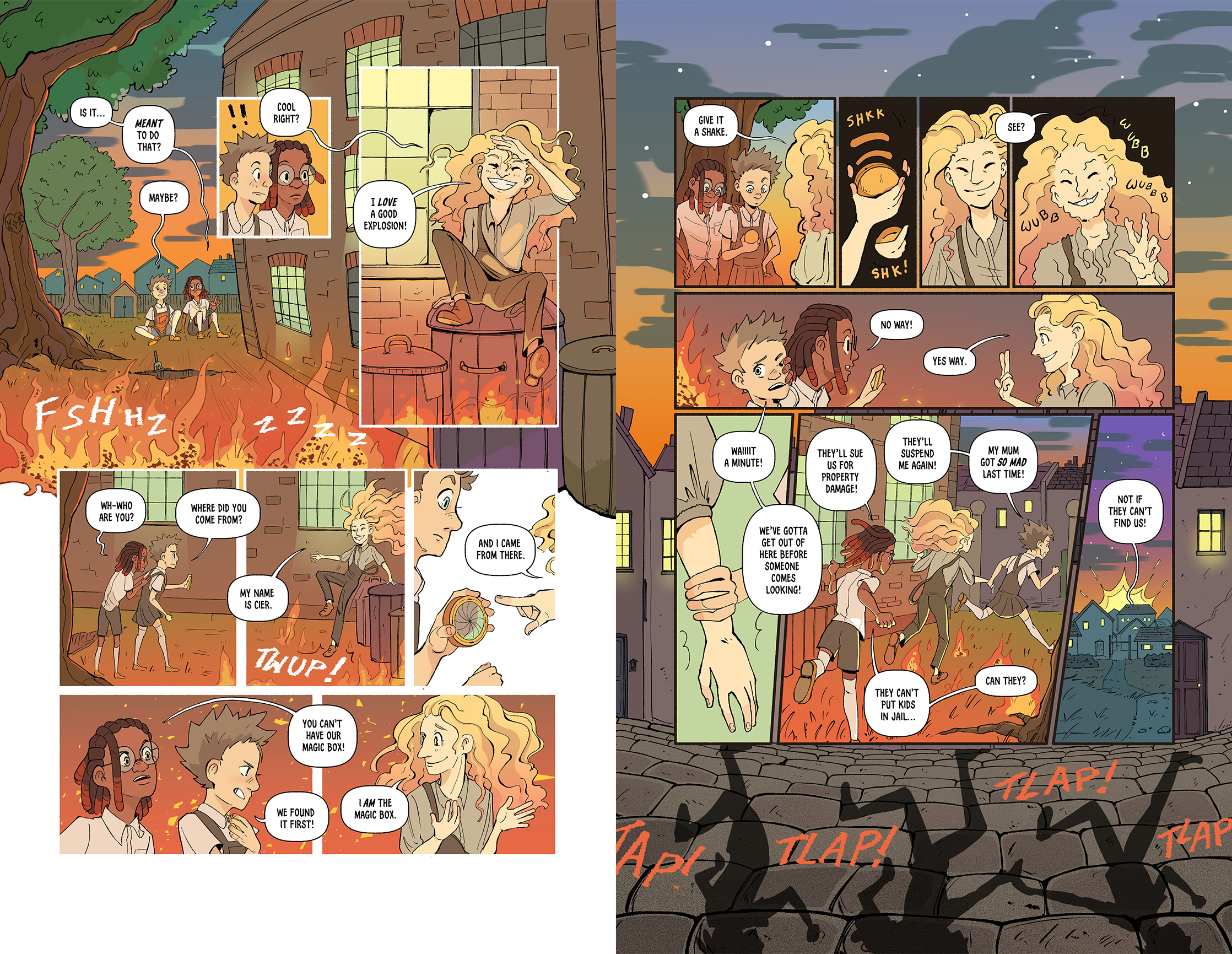 Through a fantasy lens, this story focuses on how corporate greed can lead to both environmental damage and the destruction of communities and friendships. Similar to today’s children, our young protagonists must shoulder unfair burdens placed on them by power-hungry adults. However, with support from friends and creative communities like the Mechanicians, they can solve seemingly impossible problems. This project is heavily inspired by my childhood in England. The guilds are based off my experience going to school in the old City of London and working events at real-life guilds such as the Ironmongers. Similarly, the Mechanicians and their machines are inspired by my time spent working at a watch repair shop after graduating college.

Casper Manning is a queer, transmasc cartoonist originally from England. He earned a BFA in Cartooning from the School of Visual Arts in 2021 and now works for First Second Books as a designer. He likes bright colors and fun stories with deep emotional undercurrents.