Sheena is a punk rawker, & her parents hate it. To keep her from playing with her Teenage Lobotomy band mates, they lock away her bass in their secure high-rise tower. Thanks to the ninjitsu training she received from her Sensei, she rescues her bass, defeats robots her parent send in a last-ditch effort to stop her, breaks free of them & heads into the world with her friends. The band finds a flyer for a Battle of the Bands (BotB) & decide to enter. But all is not as it seems with the BotB, when it turns out there’s more to it than just playing music, instead they must also fight! Again, Sheena must rely on her ninja skills to discover the truth behind the BotB, it’s connection to her evil parents, and help her band and the others escape. 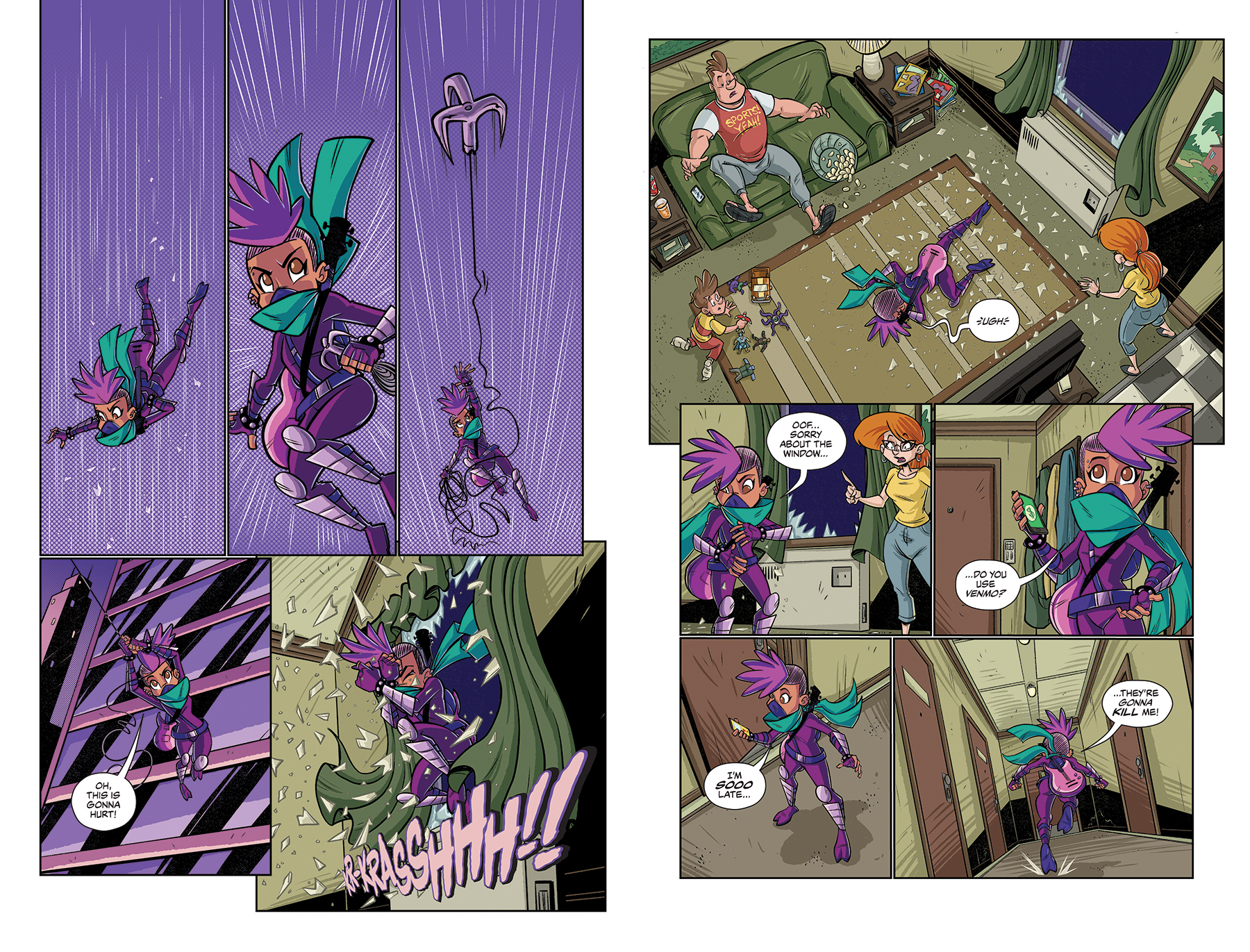 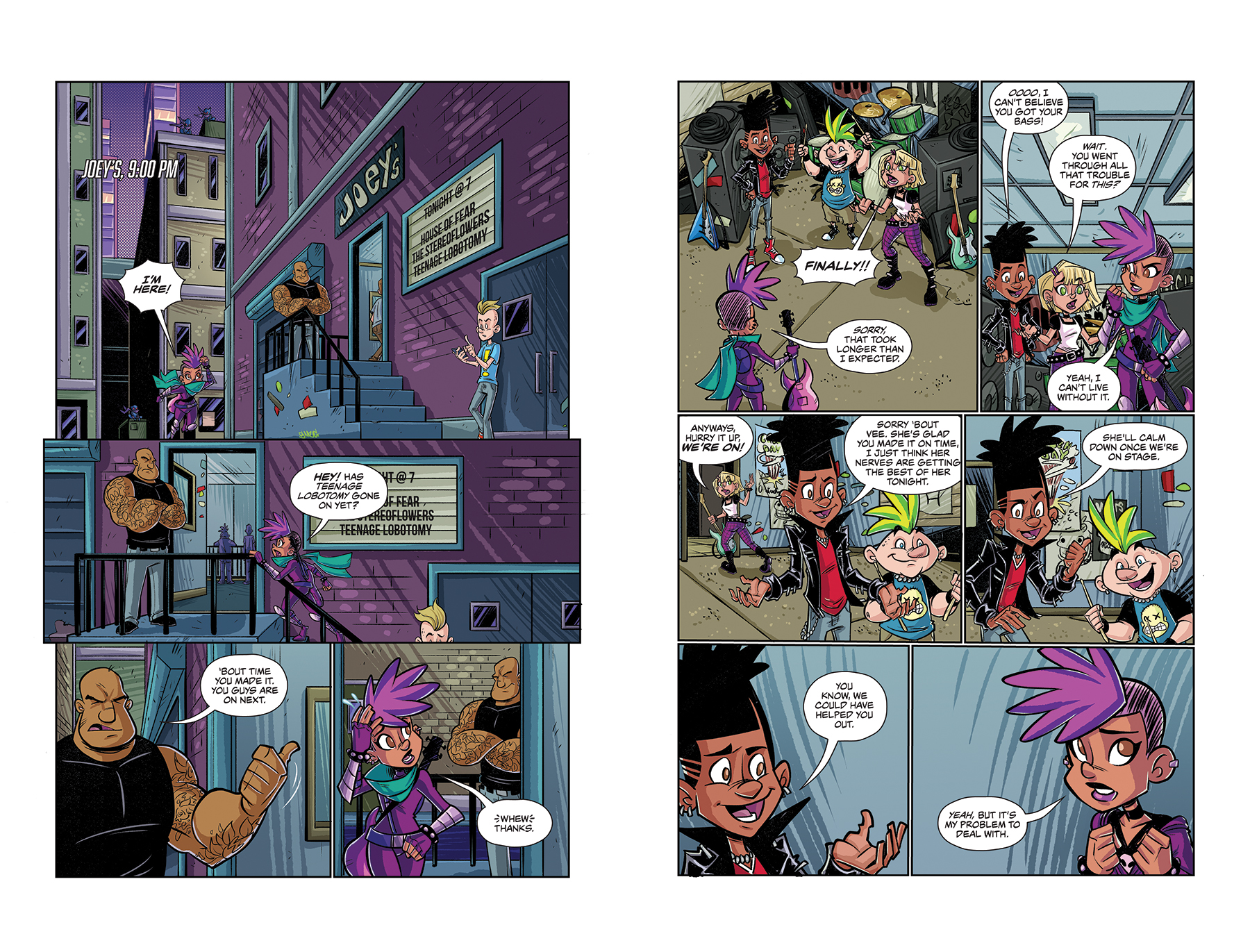 About 20 years ago I helped out at a comic shop/music venue called Midgard Comics in Columbus Ohio. During the week, the focus was on the comic side of the shop but starting Friday night at 7 & every other weekend night, the kids came out to see a show. All sorts of bands performed on the show side, from touring bands hoping to make names for themselves to local high school kids just starting out, everyone was welcomed on that stage. Between that, my wife, & friends who do or have worked in education, I’ve seen & heard so many stories about kids who once had dreams & loved what they did, lose those sparks when someone insisted, they needed “real jobs”. Punk Rawk Ninja is my letter to them, it’s a story where the kid’s dreams win.

Raised on cartoons, comics, & video games, Nate Lovett has been drawing since he could first hold a crayon. He has worked in comics & illustration since 2007, getting his first real start with Xombie: Reanimated from DDP. From there, his fun, colorful & animated style has led to work on comics, kid’s books, & concept art for Marvel, Image, Nickelodeon, Random House, & Hasbro, on projects like Marvel Comic Presents, Moon Girl & Devil Dinosaur, Dungeons & Dragons, Paw Patrol, GIJOE, & more.