Hello space traveler! What are you into? There’s a planet for that! Want a fondue vacation? There’s a planet of gooey cheese! If you want wacky land, there’s a planet that - oops, it was so wacky it came apart. But before it did, one of its denizens escaped and landed on City Planet.

City planet - home to 300 billion people! Everyone is given a job, a home, a partner, and one set of gray clothing. But there’s a trade-off to all this equality. There’s no room for fun or imagination.

It’s latest immigrant, Fu - shopping cart pusher by workday - becomes a Kung Fuzo! His mission: to transform City Planet into a creative free-for-all! If only he didn’t have to spend most of his time battling the villains he unwittingly inspires. 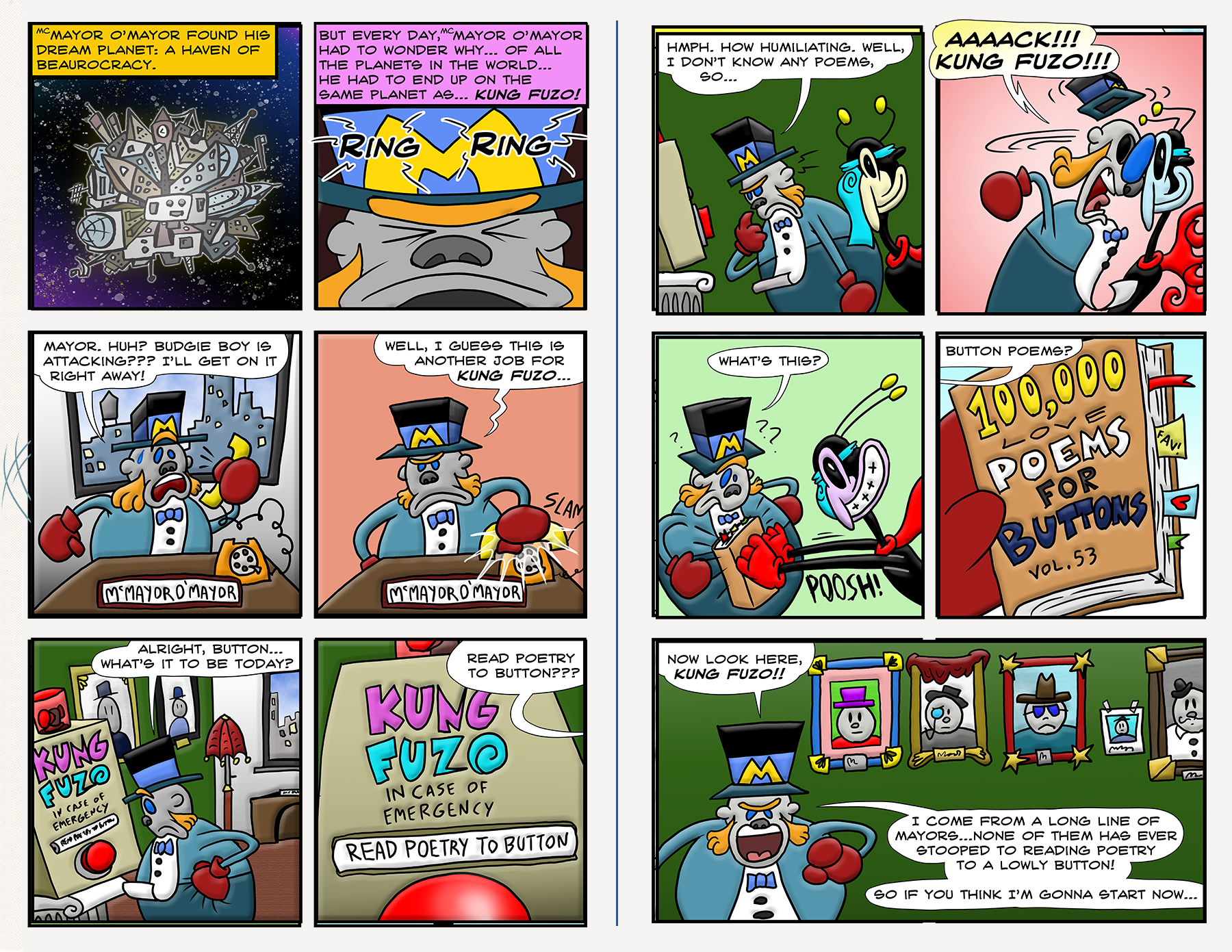 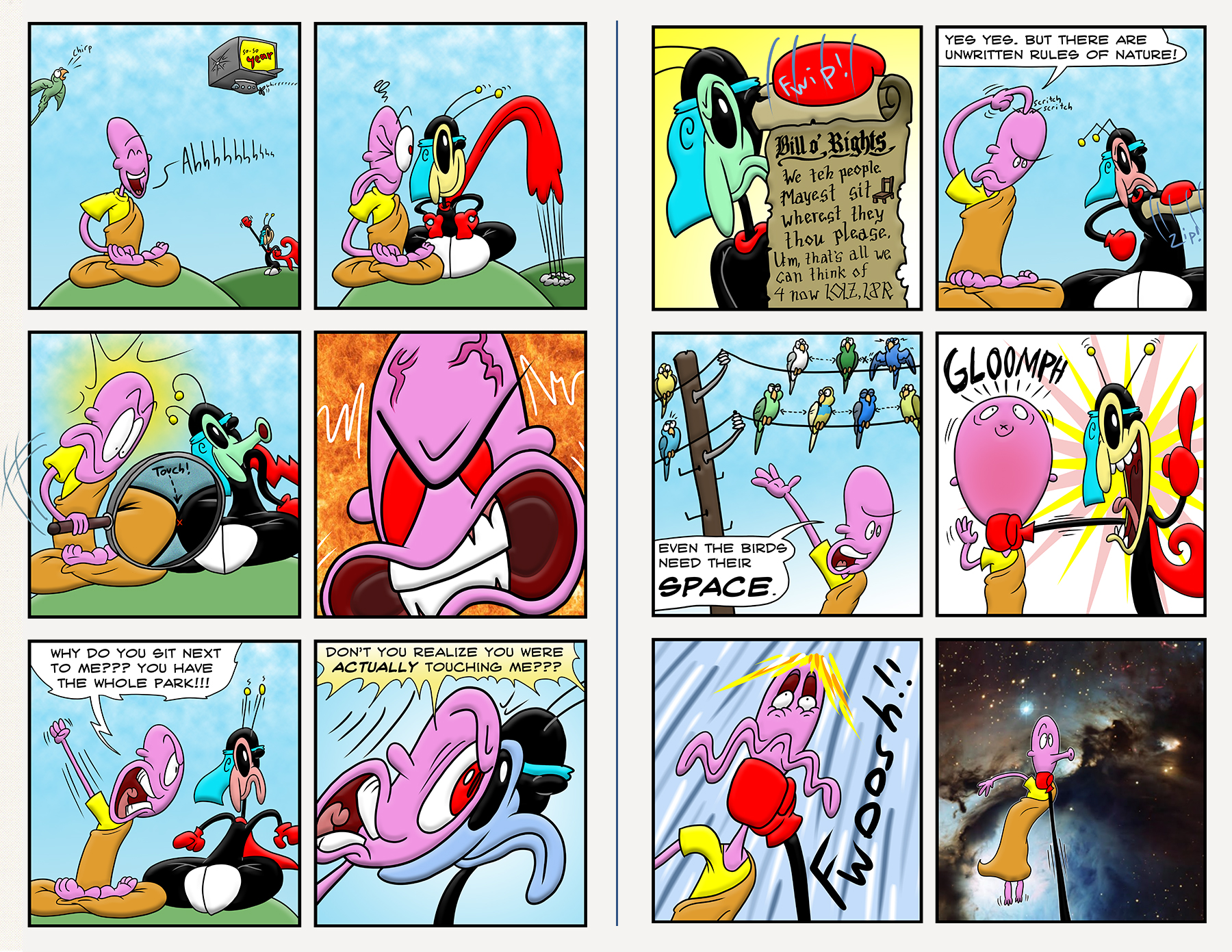 Kung Fuzo popped into the world as a doodle while David was a production assistant in one of the last traditional animation strongholds in NYC. He grew (Kung Fuzo, not David) like a parasite and he just…would…not…STOP. Eventually, COVID came, and everyone found new hobbies while self-isolating. Kung Fuzo finally became a reality in book form!

David’s daughter has been a great inspiration for this project. She came up with the best character ever (Mr. Mozarrelli-Up-My-Sleaves) and is a budding storyteller eager to take over.

David lives in Brooklyn with his daughter.