Voyage of the Space Cats - The Quantum Gem

Deep in space, near the Cat’s Eye Nebula, a small mistake explodes into a “glaring” problem for rookie captain Red and his crew of the Tabitha, a science vessel from Cat Planet. Pulled through a wormhole, their spaceship enters a sector of space ruled by the megalomaniac Alpha Dog. With the help of a friendly pup, they escape from the clutches of the bad dogs only to discover that the Quantum Gem they need to repair the ship is in the Alpha’s possession. Captain Red has to overcome his self doubt to fetch the gem, but is captured in the process. To Red’s surprise, the crew values him enough to mount a rescue. Together, they retrieve the gem, fix the ship, and escape the Alpha Dog. They are on their way home…but they are not alone. 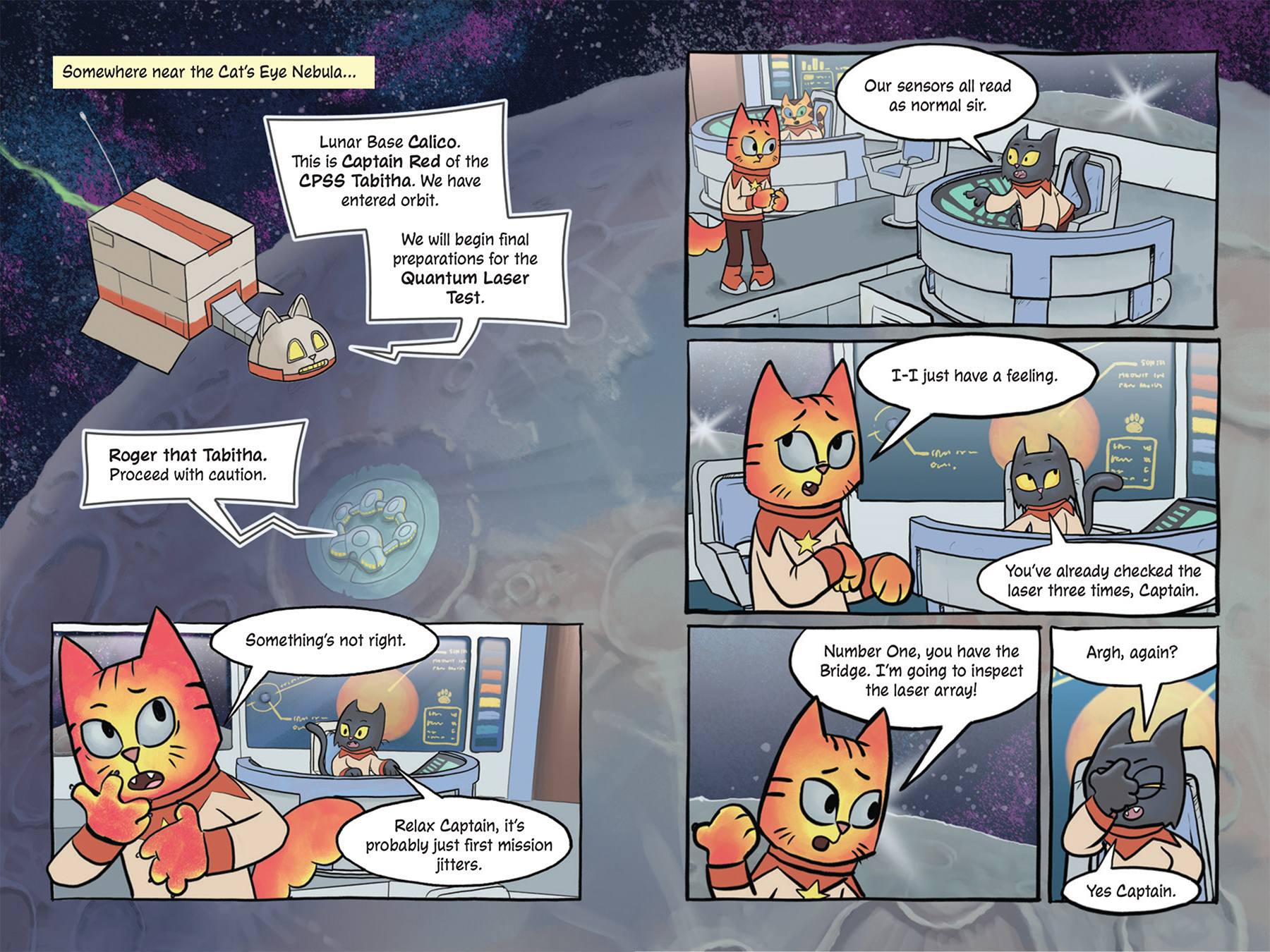 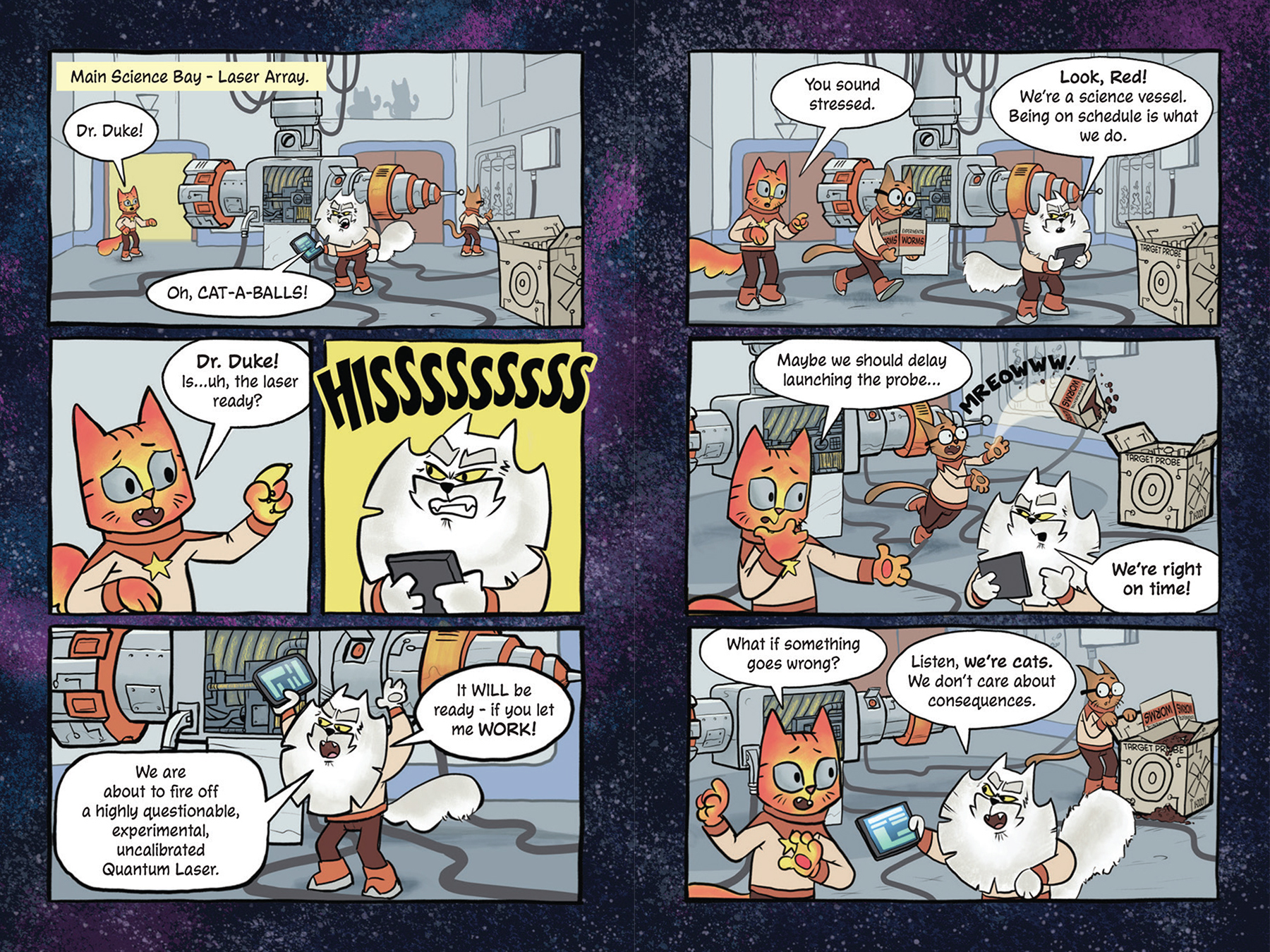 Throughout my 9-year old son’s life, there has been one constant - he loves cats. Once upon a time, I drew a picture of alien cats fighting alien dogs in his sketchbook for him, in that sketch I saw a story…and an opportunity. That day I introduced my boy to graphic novels, through them I was able to entertain a young mind and keep myself creating during the pandemic. I have to admit that I have loved every step in this journey - but even more important to me is that Voyage of the Space Cats has already inspired my autistic boy to create his own comics at school; He sees himself in the main character, and I hope that other kids will also see themselves in the characters I’ve created.

Ken Rolston - A dad to a 9-year-old boy on the autism spectrum. Our adventures inspire my webcomic - Dad vs the Threenager. Now in its sixth year, the comic has over 17 000 followers on Instagram. I have over 20 years experience in the children’s entertainment industry as co-creator of Oville World Learning for Kids - a mobile game for preschoolers. I am the Illustrator Coordinator for SCBWI Canada West, a position I’ve held much longer than Captain Red has held his.