Ian and Qwak vs. Bruno the Berserker

Ian’s nemesis Bruno loves to get Ian in trouble. Just once, Ian wishes Ms. Maple could see Bruno’s jerk-face side, but with Bruno’s status as teacher’s pet (and Ian’s rep as a trouble maker), that’s not going to happen. Until Ian meets Qwak, a dictionary-toting duck with a flare for words. After Bruno challenges Ian to a writing contest, judged my Ms. Maple of course, Qwak and Ian reveal Bruno’s alter ego through some cleverly disguised characters. In the process, Ian and Qwak rewrite their real stories to land the biggest prize of all—unconditional friendship. IAN & QWAK VS. BRUNO THE BERSERKER is a 145-page, MG graphic novel with the odd-couple friendship of PHOEBE & HER UNICORN and the underdog triumph of NAPOLEON DYNAMITE. 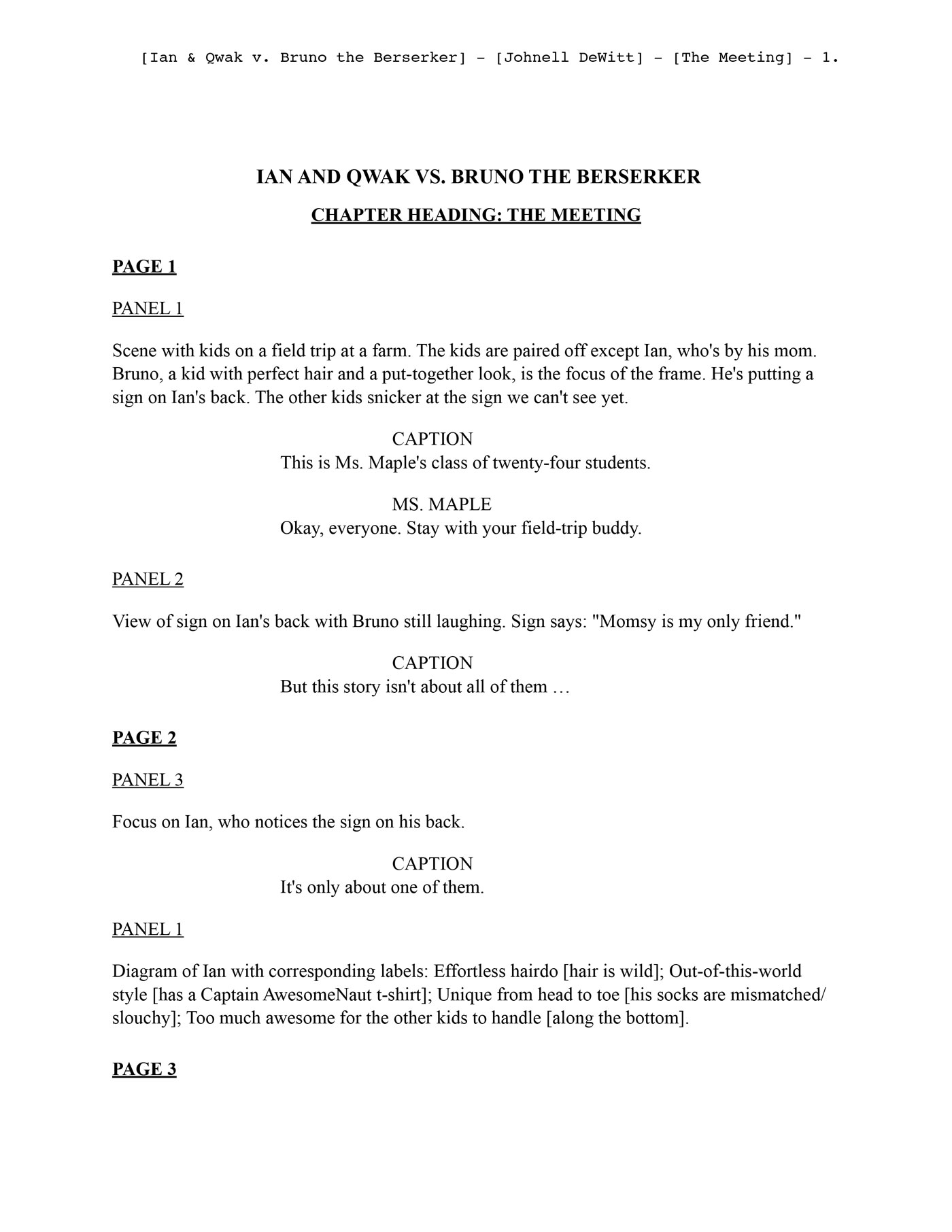 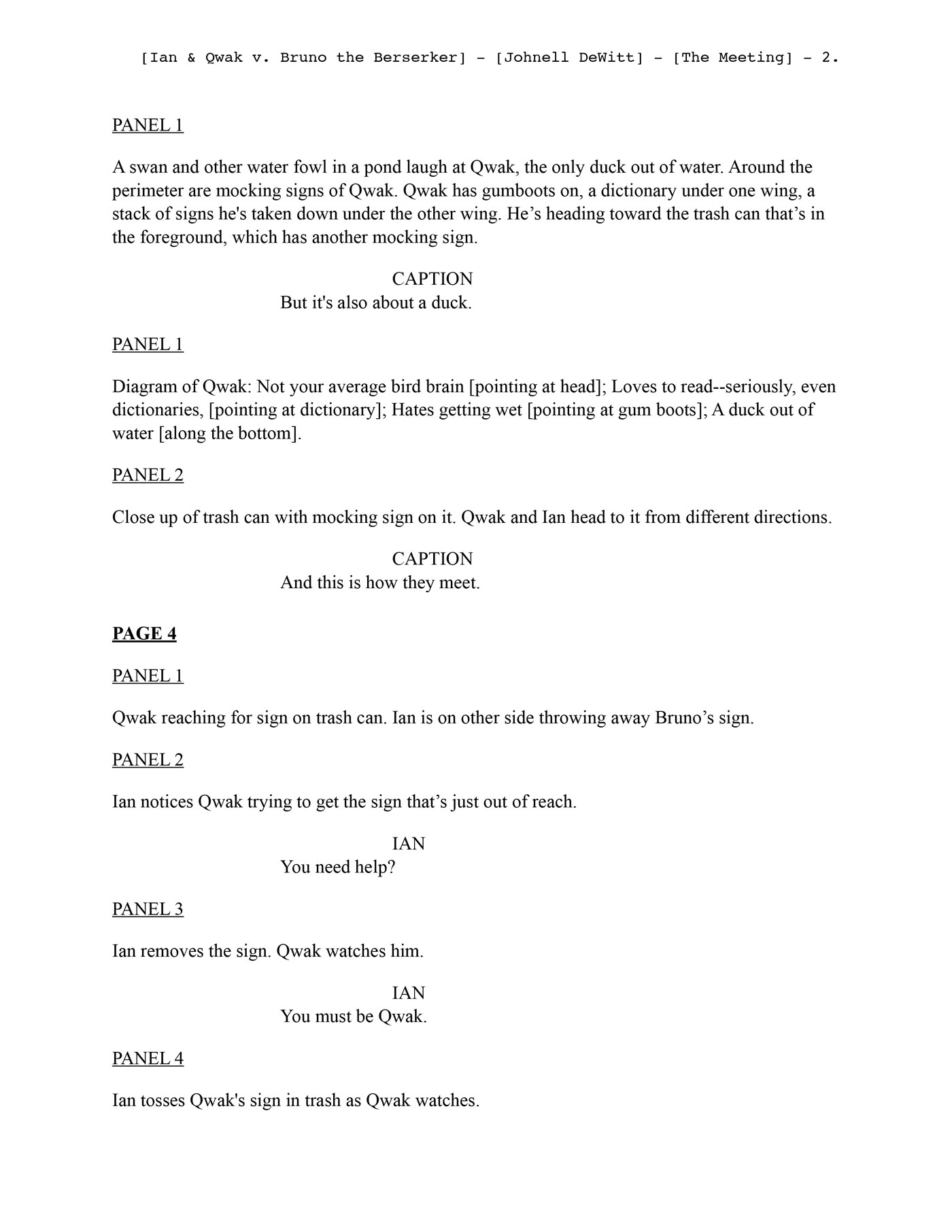 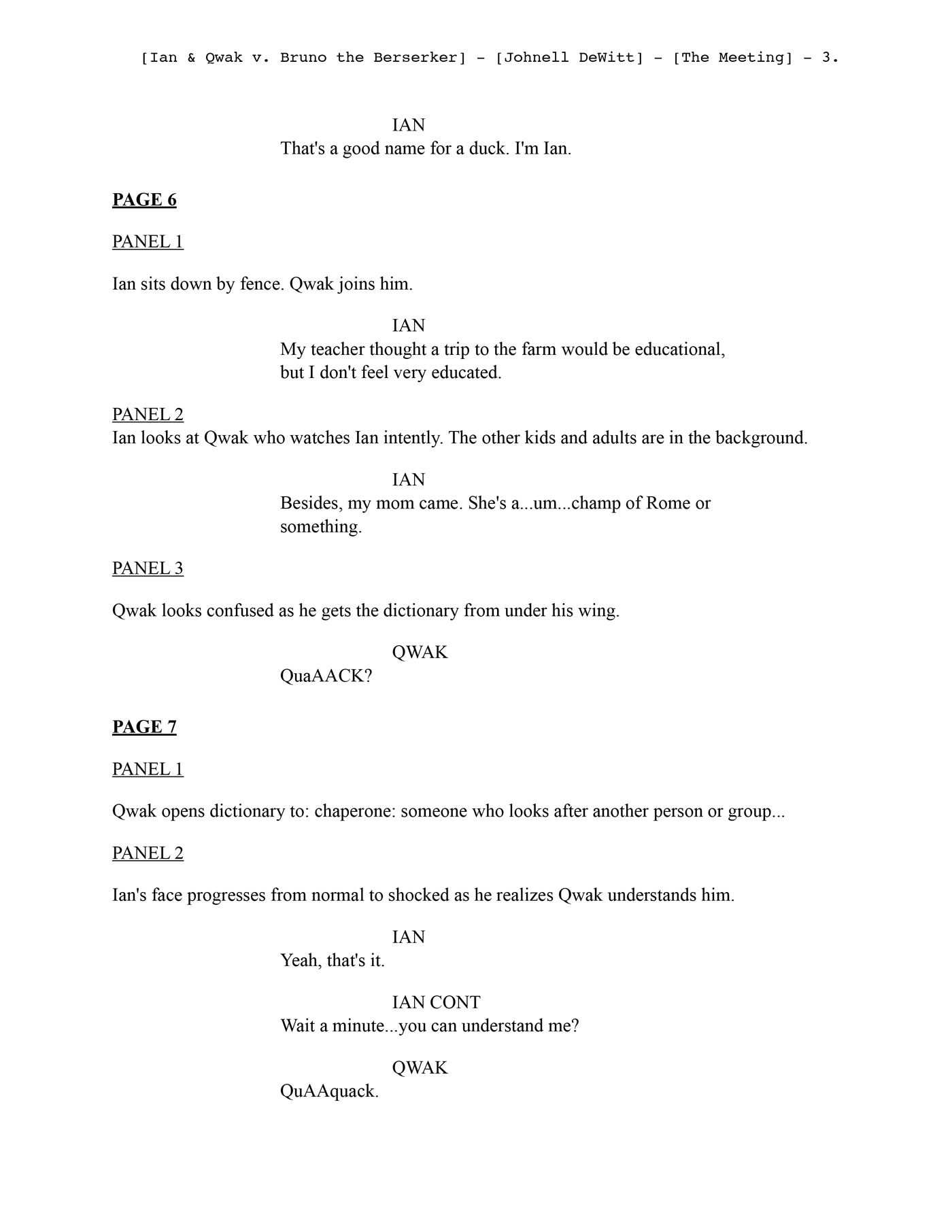 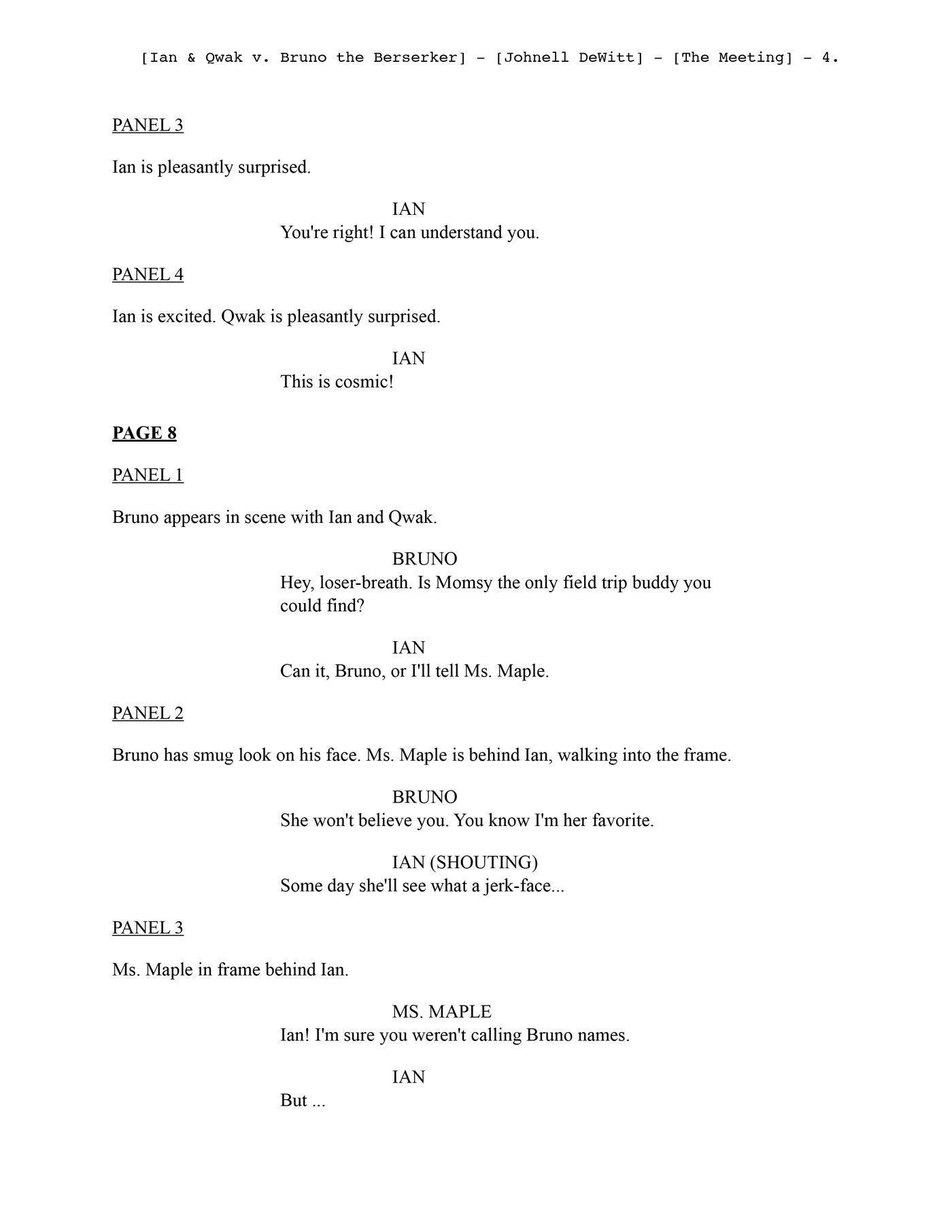 My family and I have moved to a different country every two to three years for my husband’s job in the foreign service. Acclimating so frequently to new schools, cultures, and sometimes languages was a challenge for my children. It was especially hard on my son with ADHD who also struggled socially. Ian and Qwak’s bond is the type of friendship I wish he would have had in his early years, and one I hope all kids can find. At its heart, IAN AND QWAK is a triumph story for misunderstood kids and those who love them.

I left my PR job in Washington, DC several years ago to join my husband on his first diplomatic assignment in Kenya. Three countries and three children later, I traded writing press releases for writing children's books. I'm a member of SCBWI, Kids Comics Unite, and a founding member of KidLit GN. I’m mom to three third-culture kids, and servant to a needy dog and a persnickety cat. I write primarily humorous early to MG stories, but am also working on an upper MG fantasy graphic novel.