Ellie is a spunky robot, star of a mission to explore Planet X. She nearly fails when she crashes, her antenna lost, unable to communicate with Earth. She befriends a naive alien she names “Jeff”, hoping he can help. But the town curmudgeon, Muffin, declares Ellie a threat. Her crash has caused the disappearance of Spud, successor of the Guardian Tree who protects the Jungle Oasis from predators. Jeff goes in search of Ellie’s antenna on his own. Ellie, who realizes this mission isn’t all about her, goes after Jeff. She finds him, and also find Spud, who has grown into a monster. In an act of valor, Ellie fires her return rocket, whisking them out of harm’s way, and luring Spud toward the Oasis, while sacrificing her only way home. 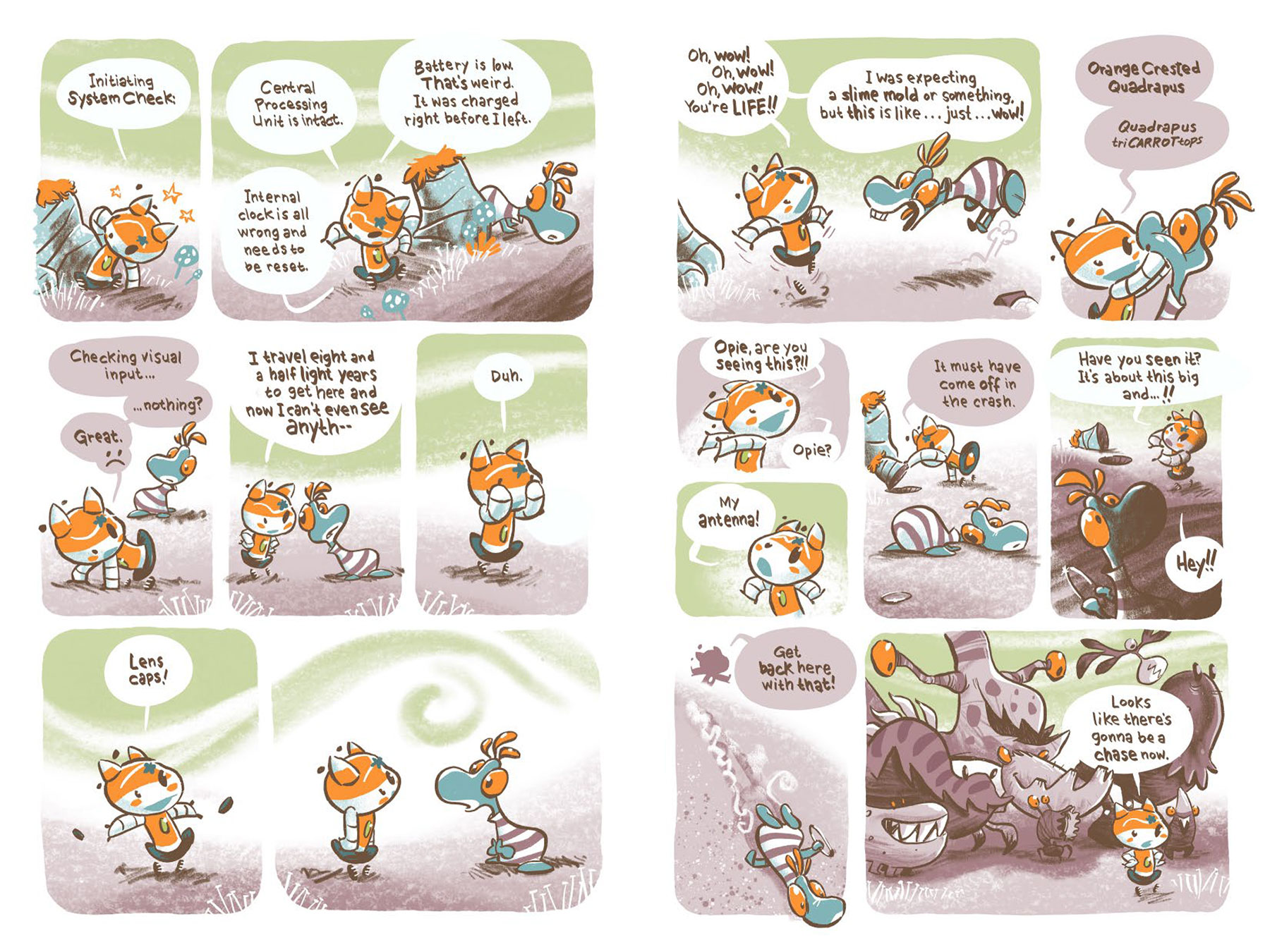 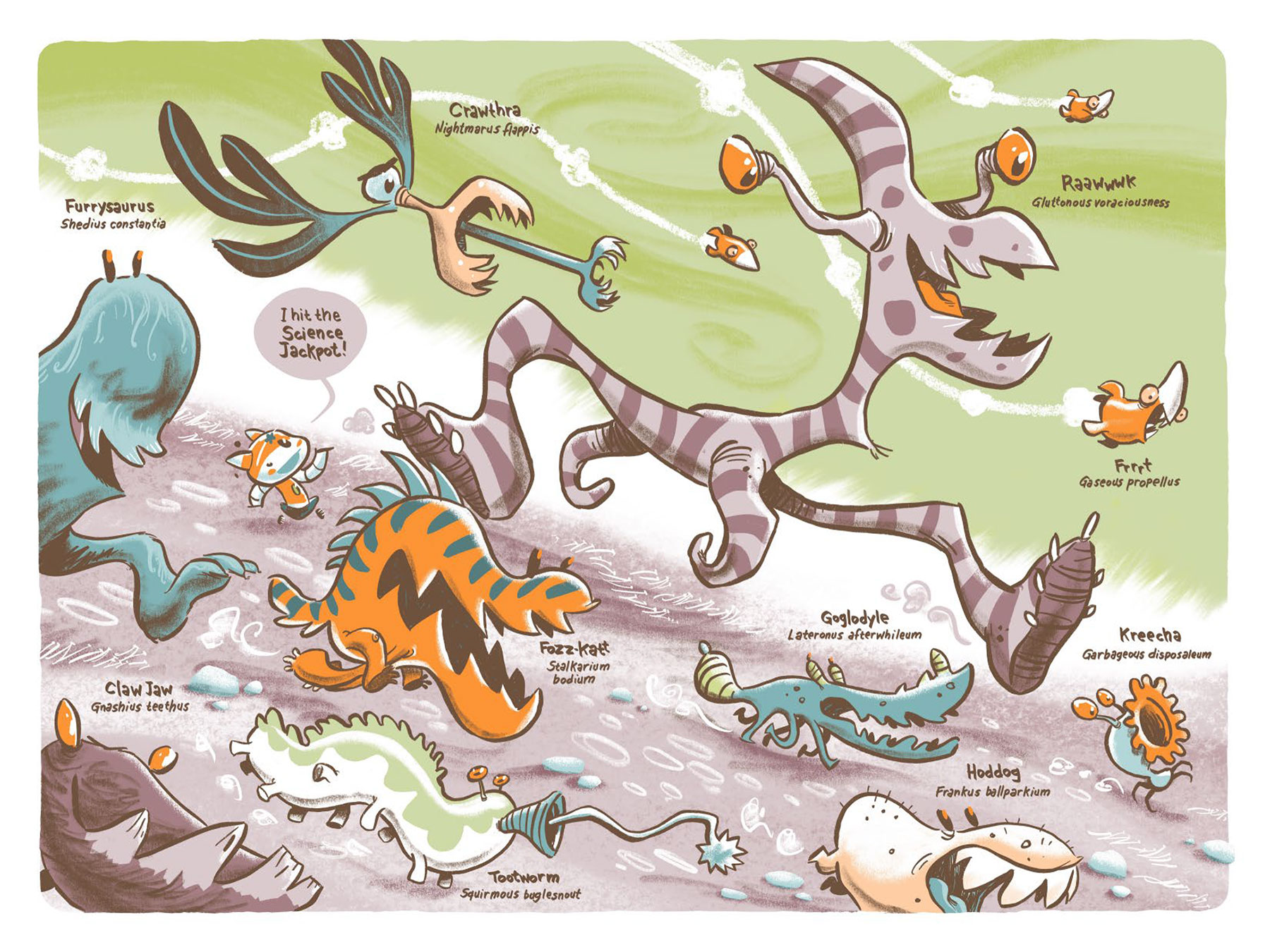 Ellie on Planet X is based on a comic strip I created nearly ten years ago. Having spent all that time writing about Ellie, Jeff, and Muffin, I’ve become more than attached to them. I’m sure other cartoonists have felt the same way about their characters. They’re real. They’re the embodiment of the souls of my childhood toys. A story like this gives them the opportunity to live on and be shared, so that others might become as attached to them as me.

As a child, I always imbued my toys with personalities of their own and sent them off on adventures. As it happens, my ten-year-old self and adult me tend to like a lot of the same things (Star Wars, Planet of the Apes, Spider-Man, dinosaurs, exploration of the unknown, space, and maps), which all. find their ways into my artwork. I've created the comic strips Ellie On Planet X and MacFluff, which in a sense is still doing the same thing. By day, I'm just a mild mannered graphic designer.