Catwitch is a reclusive alchemist whose home is invaded by a murder of crows. Desperate, she risks using her wild magic and creates a special scarecrow to get rid of them. The spell loses control and brings the scarecrow to life, with a soul!

Like a baby duckling the scarecrow imprints on Catwitch and attempts to win her affection by scaring the crows away but fails miserably. Catwitch is not the parenting type and stays distant.

However, they soon discover a Catwitch impersonator kidnapping crows and a plot to infiltrate the crow's hidden home: the Nest Haven. Together, Catwitch and Scarecrow must find the culprit and save the crows. 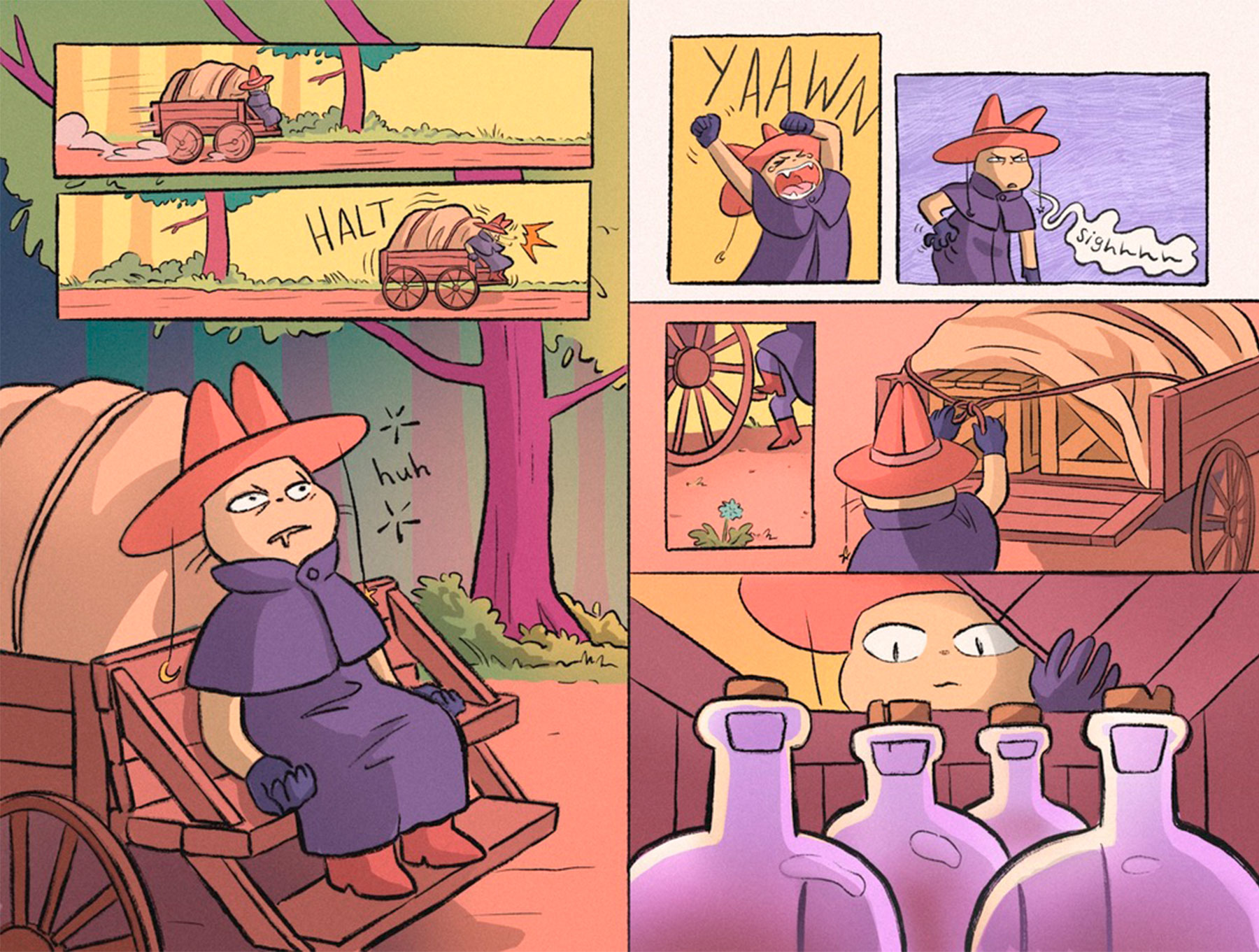 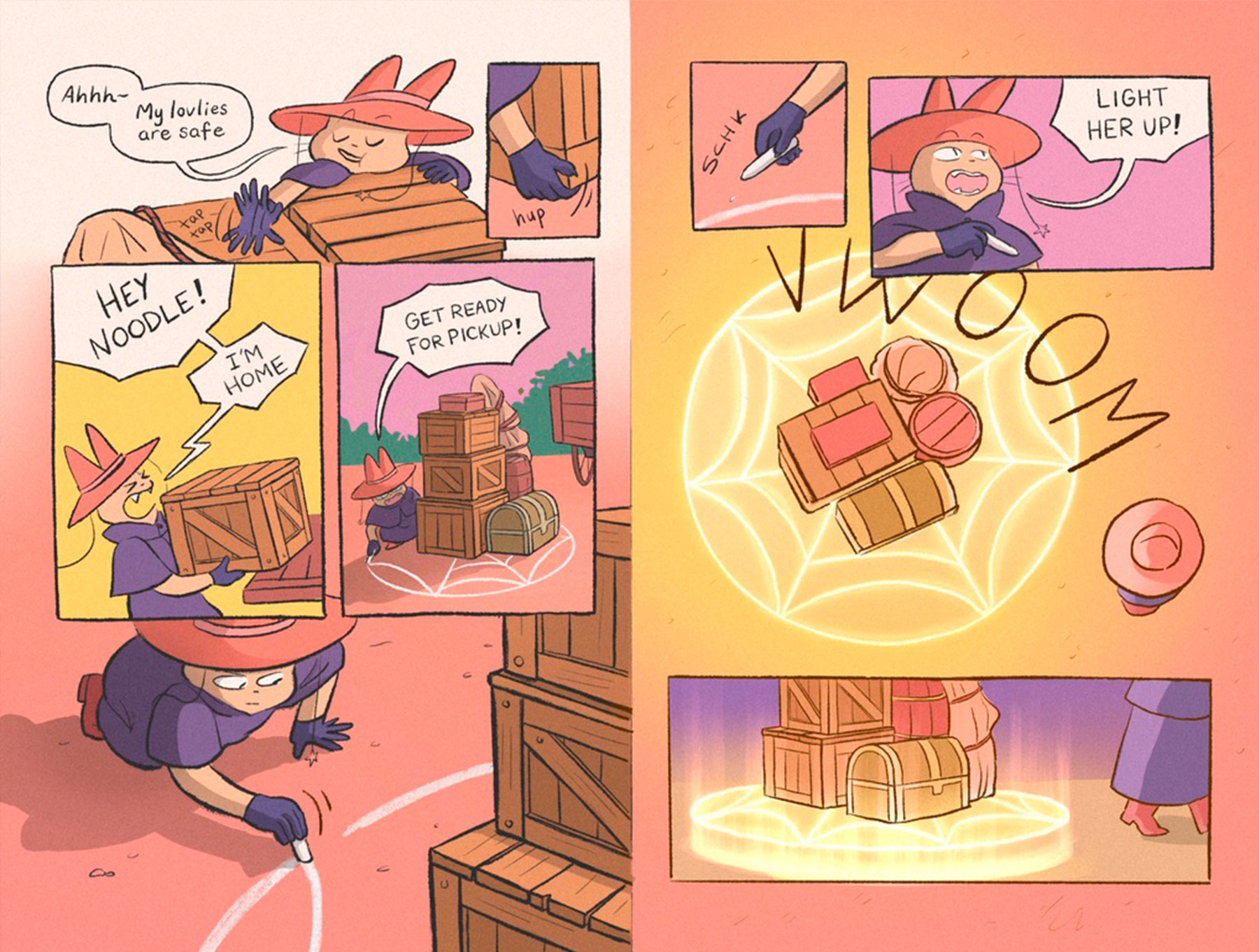 Broomcrow’s story originally started as a pixel game concept I made with my sister. The scarecrow was a side character that acted as a save point and each location would hint at their back story as you saved. We never finished the game but years later I revisited the idea of a scarecrow wanting to become a living being and forming a family with crows and a grumpy witch.

What developed is a Pinocchio story but with unexpected parenthood, a dash of philosopher's stone mythos, set in a world that would make a DnD party itch to explore. This is the first book of a trilogy that will dig into themes of identity, bonds, transformation, apathy, environmentalism, and what it means to be human.

I am a non-binary storyteller who dreams of one day owning a mango tree. I grew up as a military kid traveling the U.S. and Europe. We never stayed at one place more than three years but between all those moves Studio Ghibli films and magical girl anime were my constants.

I love fantasy, magical realism, & slice of life with queer and whimsical characters. I want to work on projects that balance humor, hardships, and heart!