Shields of the Siddhis

Shields of the Siddhis is a mash-up of fantasy, historical fiction, and coming-of-age story that follows sixteen-year-old Nilaya Eshmun, who leaves her home in the mystical forest after her father's death and mother's disappearance two years ago. Nilaya is forced to live with her estranged aunt, the former matriarch of Vithura, a once-thriving kingdom now conquered by the Lourinhãn Empire. Desperate for Vithura's independence and to protect those she loves, Nilaya defies Lourinhã's laws by training in the ancient Kalari martial art at an underground warrior school. She must fight to stay in the warrior school, prove her worth to those who look down on her, and stop Lourinhã's efforts to control the consciousness and liberties of her people. 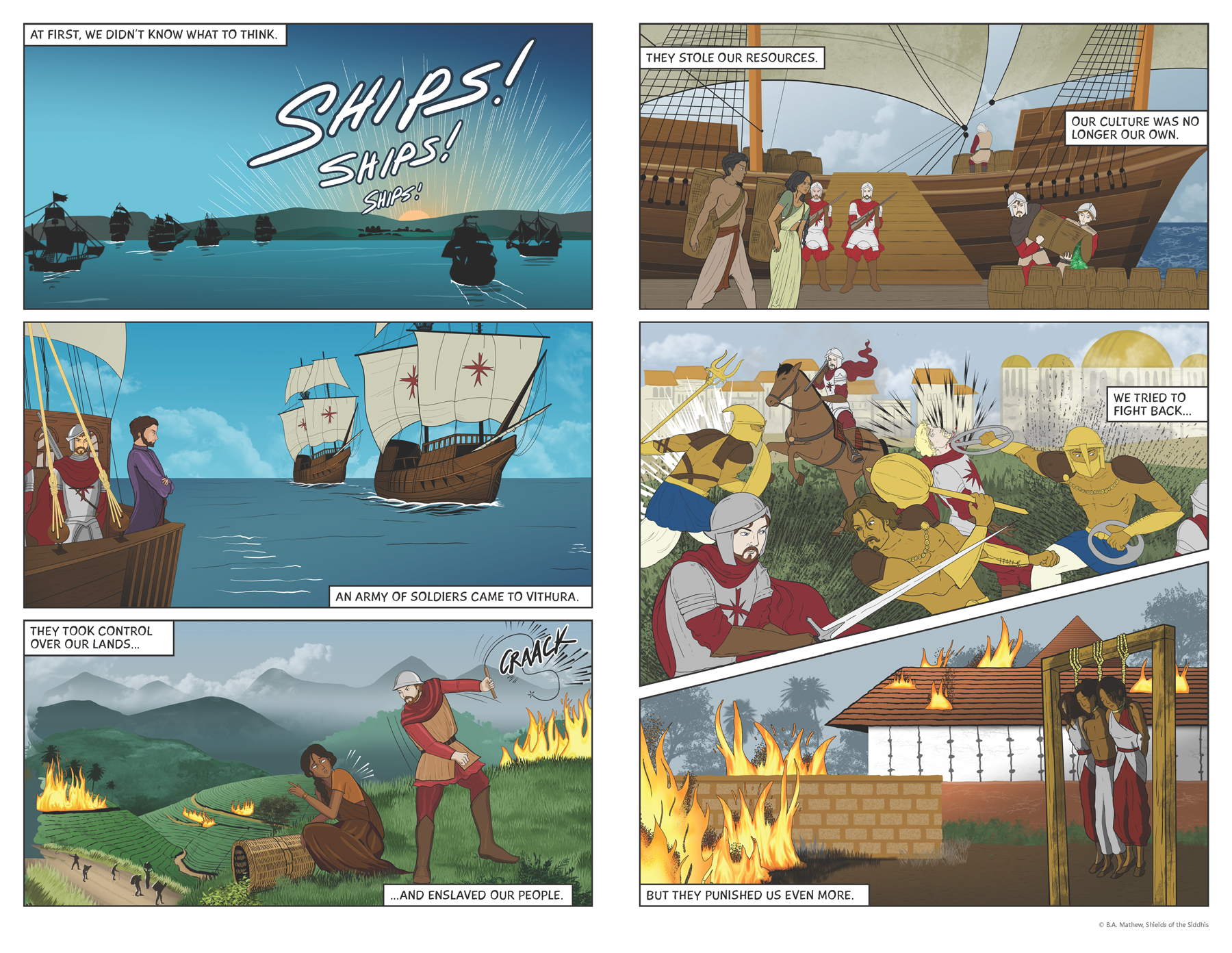 Shields of the Siddhis draws on events of 16th-century Portuguese rule in south India. Based on my interpretation of south India's history and liberation struggles during a tumultuous period, the story is told from the perspective of the oppressed while examining issues of race and power. Readers will also experience an unlikely friendship form and deepen between two people from different cultural upbringings who will sacrifice for each other to fight for, protect, and ensure their future. With its diverse cast of characters, I want to bring to life an authentic picture of history and capture the attention of young and adult readers alike. This story will speak to fans of Marjorie Liu's Monstress and Makoto Yukimura's Vinland Saga.

B.A. Mathew is a former teacher with an MFA in Writing for Children and Young Adults from Vermont College of Fine Arts, living in Seattle. She's a member of SCBWI and Kids Comic Unite. She enjoys interweaving fantasy and nature with India's history, pulling narratives from a time of domination, exploitation, and persecution by foreigners. She collaborates with her daughter, Aislin C. Alancheril as the illustrator, who also studies opera/vocal performance at New England Conservatory of Music.

Aislin C. Alancheril (she/her) is nineteen-years-old and a sophomore at the New England Conservatory of Music in Boston, studying opera/vocal performance. She has been singing and performing classical music since the age of nine. She is a self-taught artist, and Shields of the Siddhis is her first major project. When not singing or illustrating, she enjoys crocheting, cooking, reading, hiking, and spending time with family and friends.