Based on a true story, "The Jetty Cats” tells the harrowing tale of a feral cat colony living on the jetty of Westport, Washington. When a gull named Gavan uncovers a bag full of kittens, his longtime foe–the roving tomcat Jasper–adopts them into his colony. Streetwise and battle-scarred, Jasper raises Benny & his siblings as his own, teaching them how to survive the flippancy of humans. Observing their growth, Gavan serves as an unlikely ally against the shifting winds when a crew of fishermen decides the cats overstayed their welcome. With the charm of “Oliver & Company” and the grit of the “Warriors” series, the tale of how a fishing town changes its minds from pest to pet is viewed through the eyes of a small cat with a big heart. 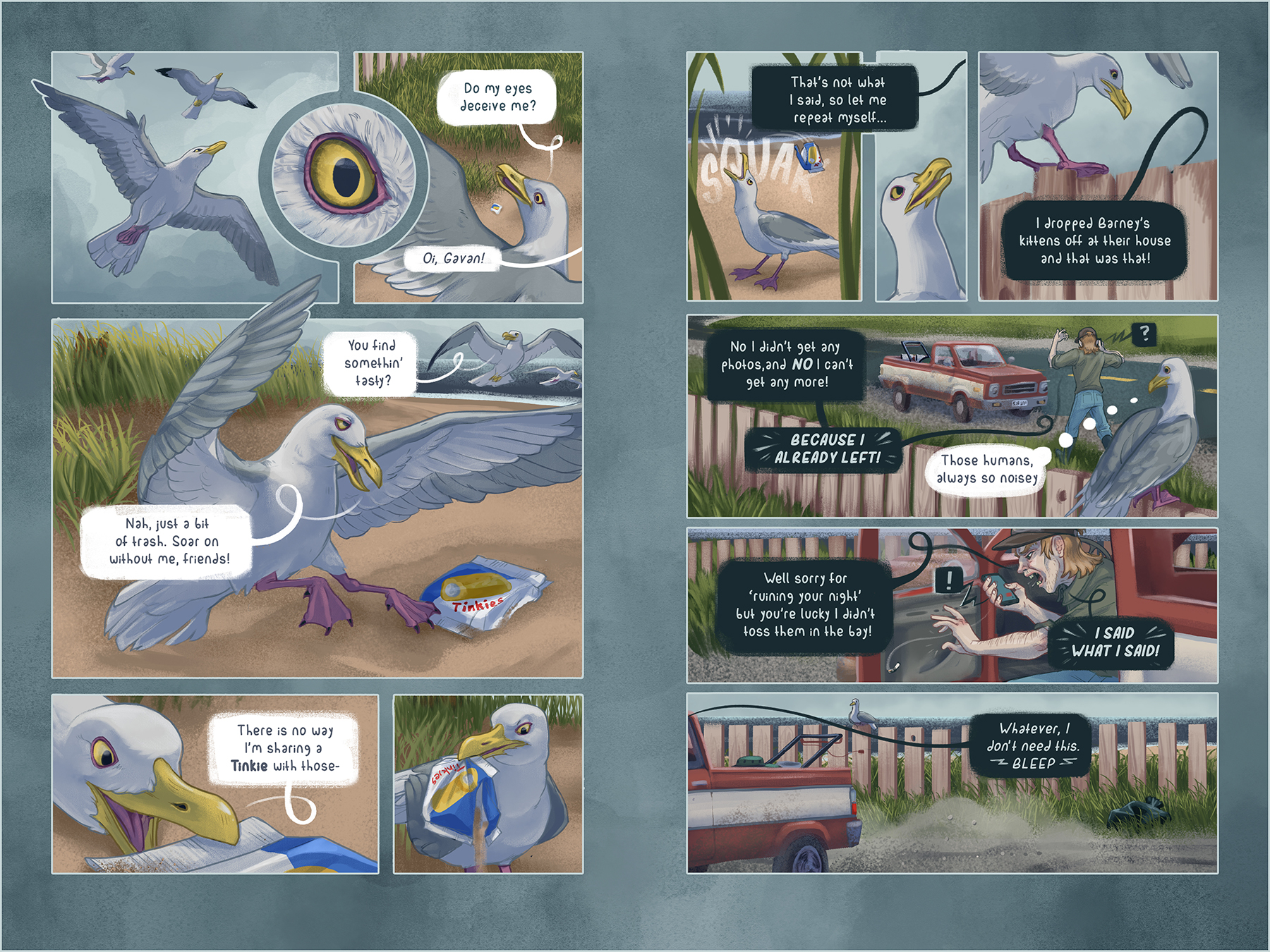 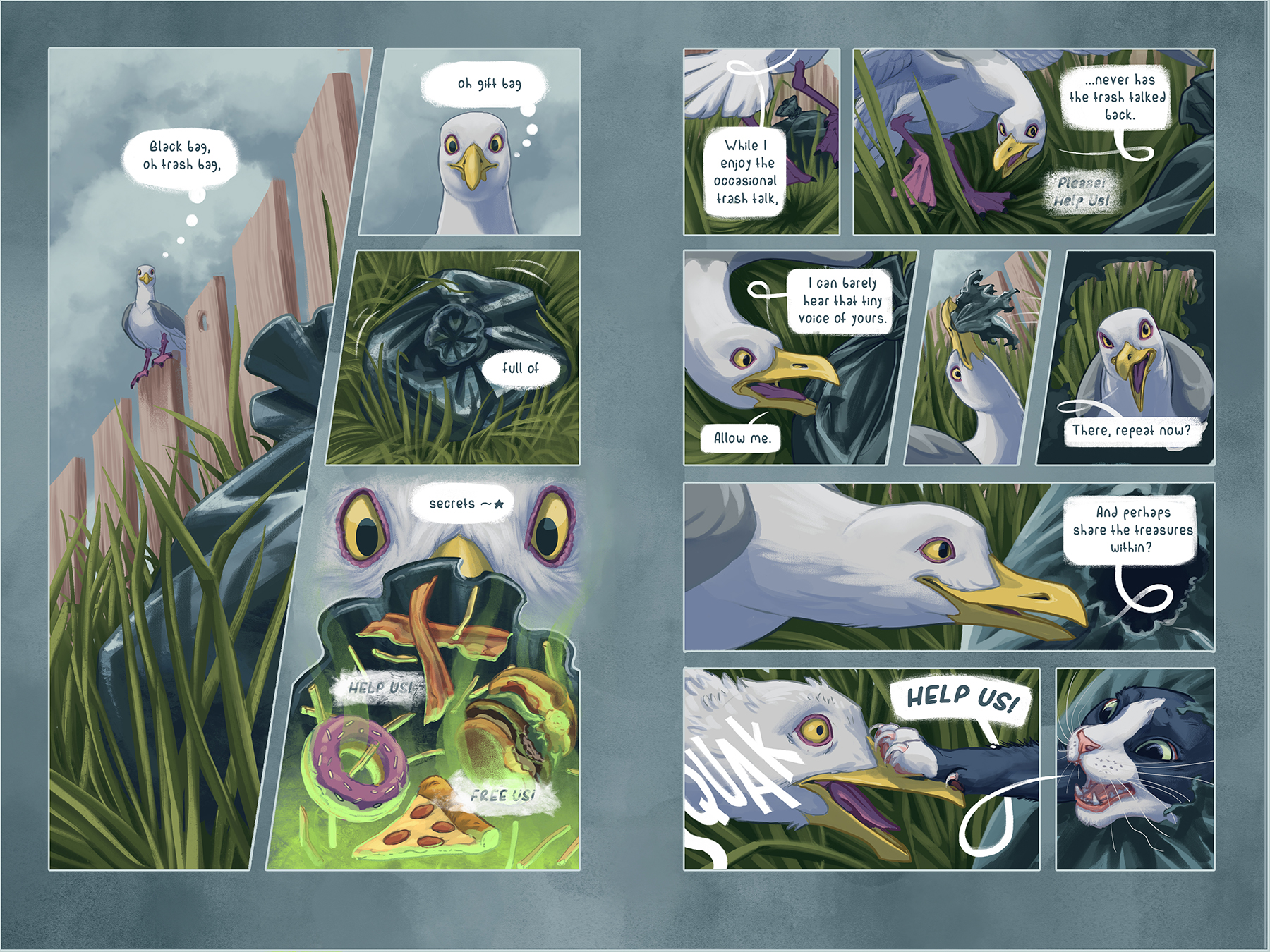 This equally charming and tragic tale is a TNR victory spreading awareness of happy endings for feral cats that can’t be tamed. Trap-Neuter-Release, better known as TNR, saves cats from euthanasia including the ones residing in Westport where our story is based. The colony–named The Jetty Cats by the local rescue–survived extinction to see the day they’d be celebrated as residents & pass of old age. Working in cat rescue for 5+ years and adopting out over 170+ cats through rehabilitation taught me the sad statistic for stray cats that don’t make good pets. Through my fictional characters, I hope to bring awareness to the fulfilling lives of feral cats, and the respect their existence deserves among us.

Blayne has been illustrating children’s books for 6+ years, winning awards such as the NYC Big Book Award, IBPA Benjamin Franklin Award, and the Kid’s Book Choice Award among others. Her style is expressive, vivid, and dynamically composed of semi-realistic characters embodying diverse voices and backgrounds. Ferrying to an island studio across the Puget Sound of Seattle, she draws kids’ comics in-house all while developing her own stories to pitch for publishing and literary representation.