The Park Pals is an early reader graphic novel about a group of town park critters and their nutty adventures. In chapter 1, “Sticky Situation,” Terry (a chipmunk) is gathering food and supplies from a town park trash can when he accidentally gets stuck in the middle of a donut. His friends suggest ways to help him. “You could use it as a float!,” suggests Waldo the duck or “How about I take a bite!,” exclaims Ralph the rabbit. Each suggestion leaves Terry terrified! Terry comes up with his own plan to free himself and enlists his friends to work together to solve his sticky situation. 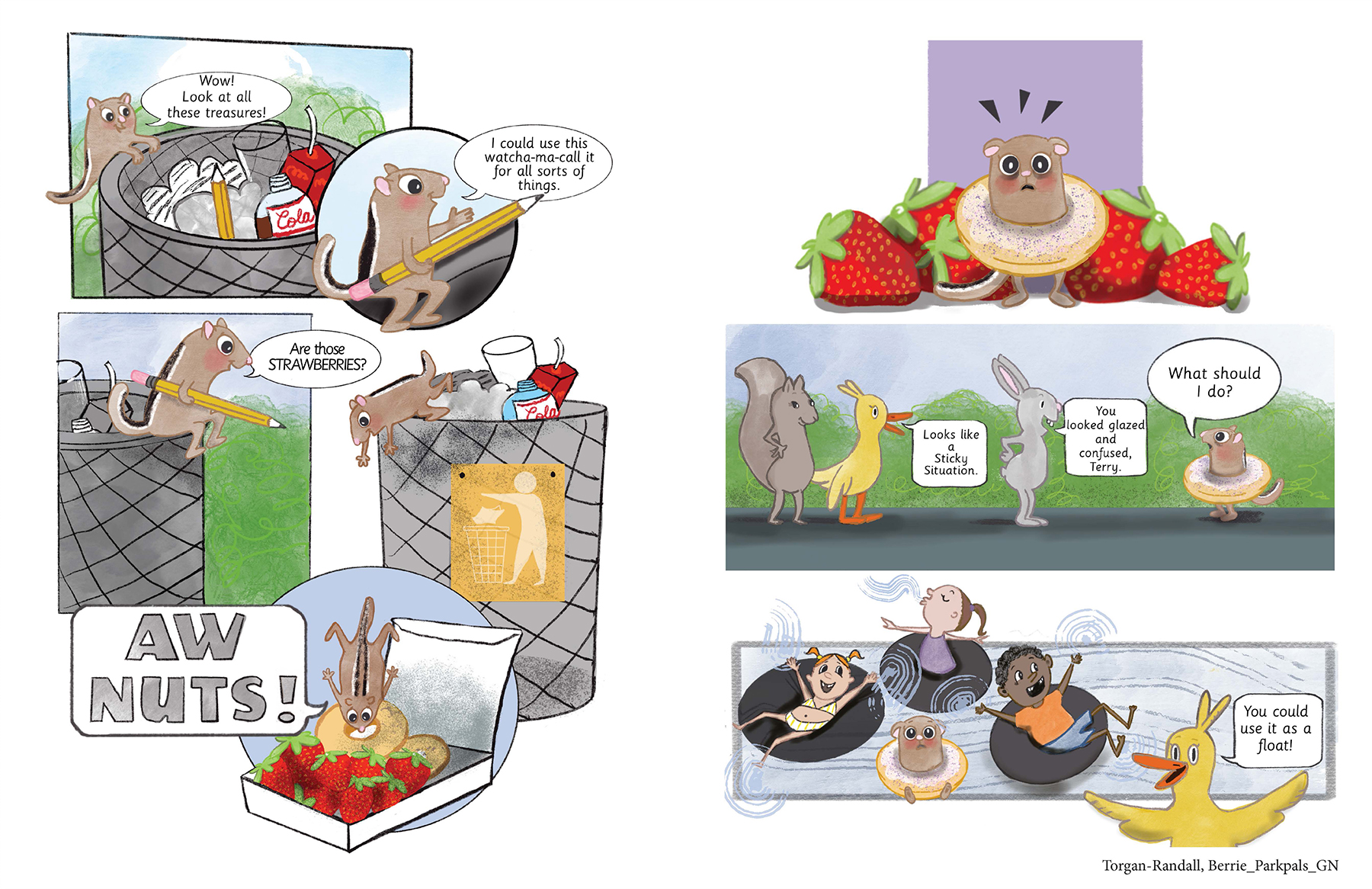 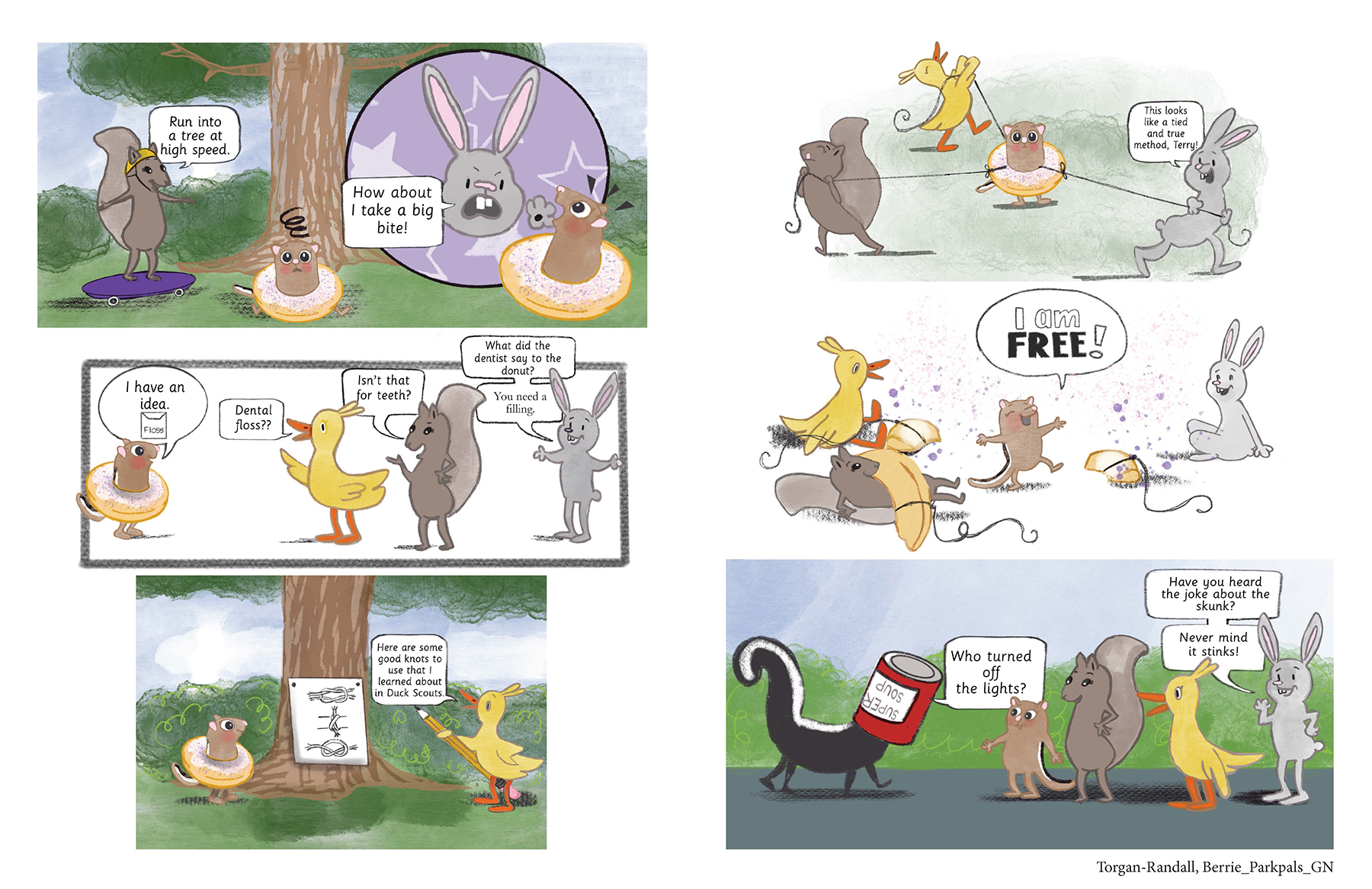 While thinking of ideas for a sample early reader graphic novel, I really wanted to build a story about what would happen if a chipmunk got stuck in the middle of a donut. “Sticky Situation” is loosely based on a story about a day when my grandparents were in charge of watching my aunt’s dog. Licorice was chewing on a round rawhide biscuit, and it got stuck around his nose. My grandparents tried all sorts of ways to get the biscuit unstuck. Right before my grandfather got out the saw, Licorice ran into a wall and the rawhide broke apart.

The Park Pals chapters will feature Terry’s friends: Waldo the duck, Trudy the squirrel, Ralph the rabbit, and Bob the skunk. It ends with a chapter called “Park Party!”

Berrie has been passionate about children’s literature since she was a little girl and has fed her desire by becoming a children’s librarian and by pursuing a career as an illustrator and writer of children’s books. Berrie’s charming and witty illustrations have appeared in Ladybug Magazine. Her debut early reader graphic novel, Bella & Blue: Bella Meets Blue (Blue Bronco Books Jr) was released this Fall. Berrie is the Eastern PA Illustrator Coordinator for SCBWI.