THE MAGICAL FORTRESS is the story of a group of preteen kids living in a desert utopia where fantastic creatures and magic abound. The kids come across a magical fortress in the wilderness that contains a portal to another world. Upon going through the portal, they return to the “real world” where they are originally from, a place without magic, and a world they find shocking and a little bit scary. During their adventures, it dawns on them their families have chosen to live in the fantasy world their entire lives and the why of that is the central mystery. This is an adventure story but also an exploration of why families move, the factors that drive them to leave their nations of birth, and how uprooting affects children. 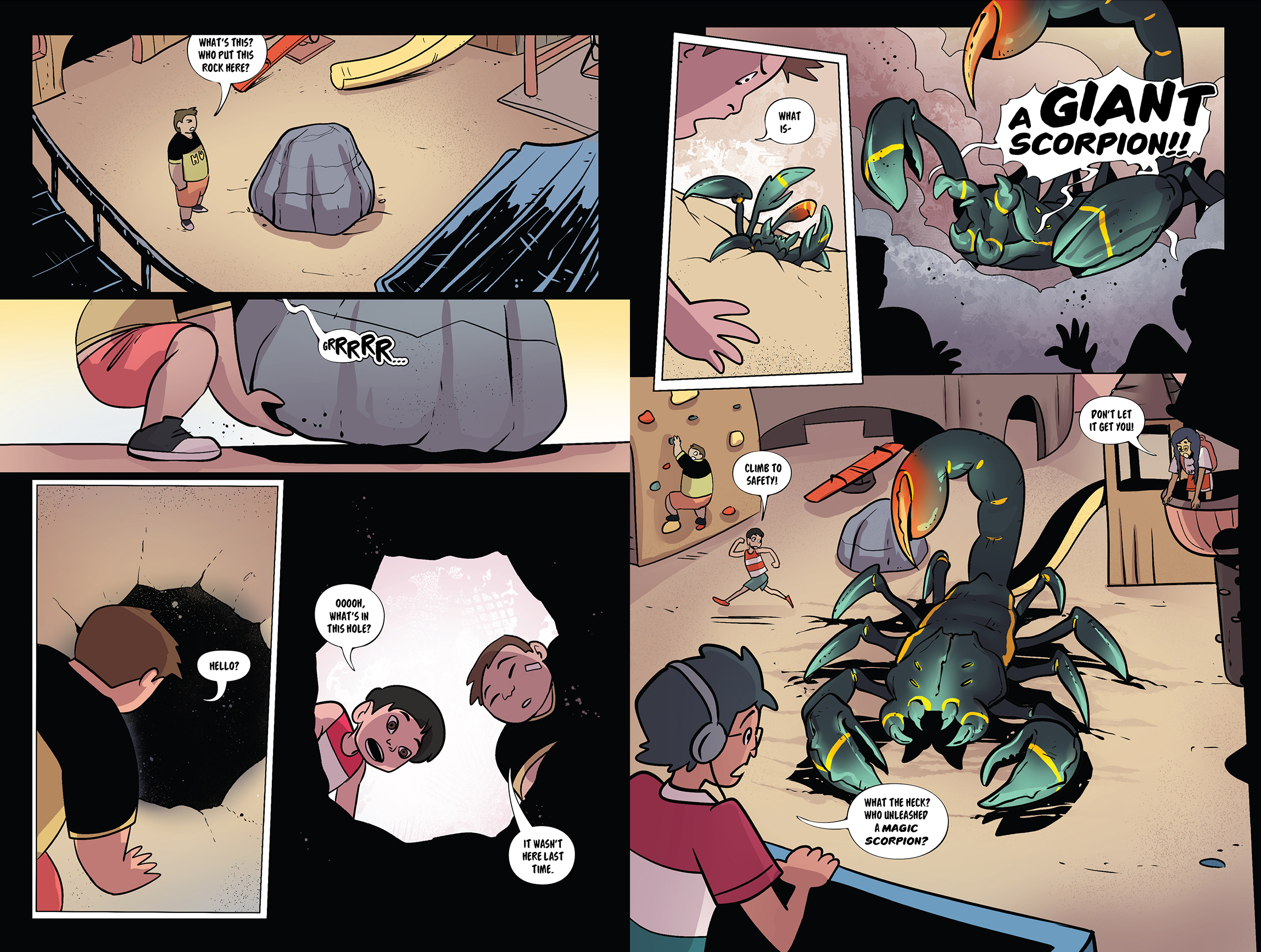 My family moved from my birthplace of California to Saudi Arabia when I was three for my dad’s job. We spent the next seven years in a small community called King Khaled Military City with families from all over the world. It felt very much like a utopia and I grew to love that community. When we moved to Florida in 1984, I didn’t recognize the country of my birth and it was an incredible culture shock. The term for children who experience this is Third Culture Kids (TCK) and I want to show the TCK experience through an adventure story. This story means a lot to me because it's very much a part of my personal history and those seven years in the desert had a profound affect on how I view the world.

Ben O’Grady is a freelance writer and indie comics creator by night and an SEO Manager for Disney by day. He has been writing indie short comics for four years and THE MAGICAL FORTRESS is his first foray into graphic novels. In addition to comics, Ben has published articles for niche sports magazines and websites and he’s currently a features writer for Indie Comix Dispatch. He resides in Orlando, Florida with his daughter Lily and a black cat named Magic.

Debora Lancianese is an Italian artist who graduated from the International School of Comics in 2020. She has since been working on graphic novels and comic series such as AQUILA, WHEREWOLF, QUICKSAND, THE LOST GARDENS, HEIST ON ALPHA, and more.

Rob Jones is a letterer and sometimes writer of comics. He has lettered for such companies as Image, Penguin Publishing, Schoolastic, Harper Collins, Humanoids, Heavy Metal, DC Thomson, Behemoth, Scout, BHP Comics, IdeasAndInks and for many other small press and independent titles. He can be found throwing nonsense into the void on twitter @RobJonesWrites.