A Kids & YA Graphic Novel Pitch
Competition and Gallery

Thanks to everyone who submitted to the competition! If you want to attend the live event, purchase a ticket below. Winners will be announced in our live event on Saturday, 12/3/22 at 12pm EST.

*Note: Submissions are closed! You are welcome to attend the Pitchfest event without submitting a pitch. 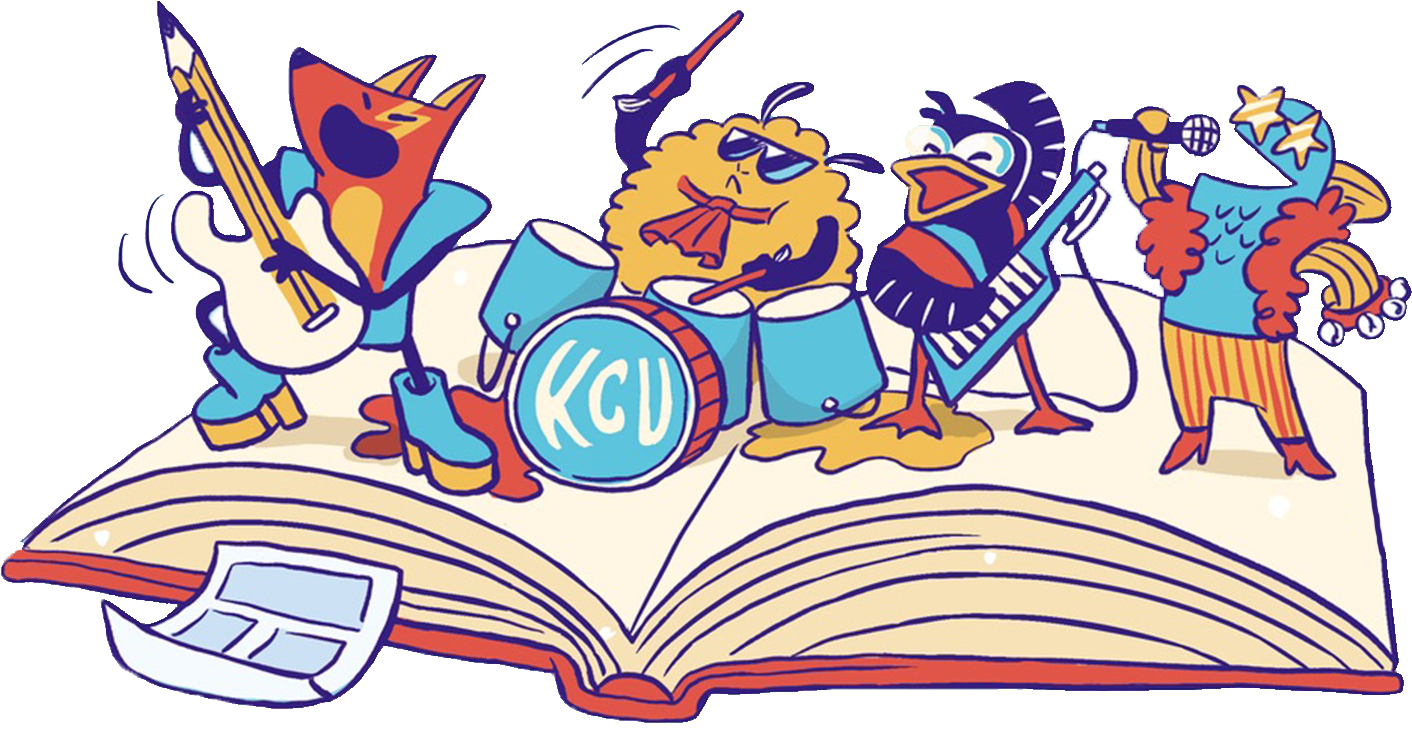 What is KCU Pitchfest?

KCU Pitchfest 2022 is packed full of amazing opportunities to get your graphic novel noticed by industry pros. It includes a pitch competition, an online gallery of all submissions, and a half-day online event!

Distinguished agents and editors will vote on pitches submitted to the gallery. The pitches with the most votes will be featured at the top of the gallery and during the critique session by guest judges. All submissions will be displayed on the KCU Pitchfest Gallery and promoted across the industry.

11/6/22 — Deadline for submitting pitches to the Competition + Gallery.

12/3/22 — KCU Pitchfest Event will take place on Zoom. Gallery goes live and be on display through March 2023.

12:15pm EST “You Got an Offer, Now What?” presentation by Janna Morishima

Here is our mockup of what the Gallery will look like: 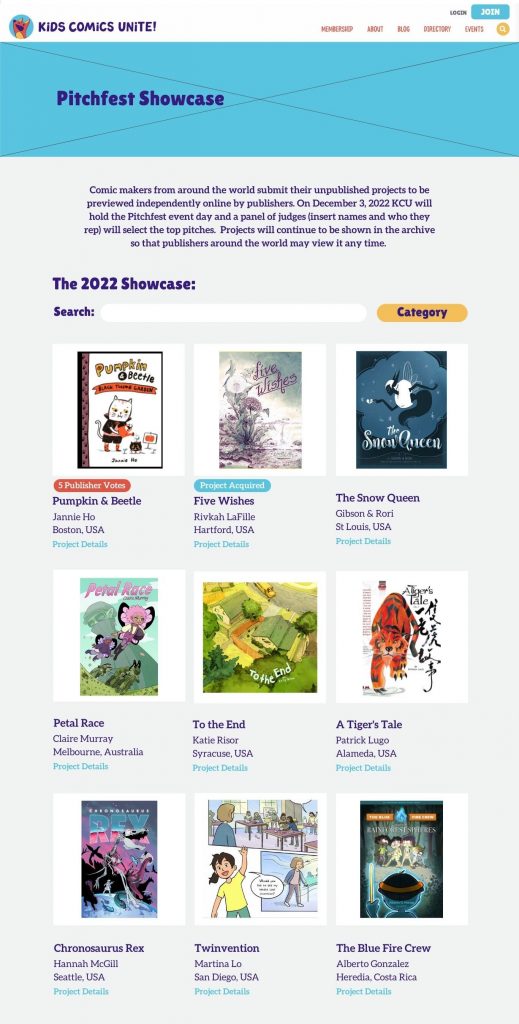 Your submission must include the following:

Here is a mock-up of the Project Details Page:

Here is a mock-up of the Project Details Page:

Note: If you submit more than the amount specified above, we will post the first four (4) pages only.

*PITCH SUBMISSIONS ARE CLOSED and will REOPEN IN NOV 2023*

The judges will select a minimum of three (3) submissions to live critique during the event. You do not need to be present at the event to be eligible for a live critique.

Please check our FAQ below or contact Lisa Lowry at hello@kidscomicsunite.com with any questions related to the submission guidelines.

Note: When you register for Pitchfest you will need to create an account on the KCU website. For current KCU and Studio members — this is separate from your KCU account on Mighty Network. We are slowly moving more of our paid options over to WooCommerce on our website. Creating this new account will not affect your Mighty Network account.

Can I submit more than one (1) pitch?

No, we will only accept one (1) pitch per person this year.  (In future years we may open this up to multiple submissions).

Can I submit a Picture Book GN or an Early Reader GN?

Is it required that the submitted pages be sequential?

We would strongly recommend they be sequential but they don't have to be from the start of the book.

Can I submit a Hybrid Picture Book?

Can I submit an illustrated Middle Grade Novel?

No, we are only accepting pitches in graphic novel format for this competition.

How detailed should the synopsis be?

The synopsis is limited to 750 characters. Here's an example of a 714-character synopsis of Gene Luen Yang's AMERICAN BORN CHINESE:

"American Born Chinese tells the story of three apparently unrelated characters: Jin Wang, who moves to a new neighborhood with his family only to discover that he’s the only Chinese-American student at his new school; the powerful Monkey King, subject of one of the oldest and greatest Chinese fables; and Chin-Kee, a personification of the ultimate Chinese stereotype, who is ruining his cousin Danny’s life with his yearly visits. These three interweaving stories, spanning from the 16th century to the present and seemingly unrelated, come together at the end with a wholly unexpected twist. An action-packed modern fable which explores issues of Chinese American identity, anti-Asian racism, and assimilation.”

I am working with another individual on my pitch. Should we submit separately or as a team?

Teams should submit together. For example, a writer and illustrator working together on a pitch, should submit ONE complete submission. You will have extra space to submit an additional bio in the google form.

Why does checkout NOT recognize my existing account as a KCU member?

When you register for Pitchfest you will need to create an account on the KCU website. For current KCU and Studio members — this is separate from your KCU account on Mighty Network. We are slowly moving more of our paid options over to WooCommerce on our website. Creating this new account will not affect your Mighty Network account.

Please contact Lisa Lowry at hello@kidscomicsunite.com with any questions related to the submission guidelines or registration.